Masters winning bag: What golf clubs did Scottie Scheffler use at Augusta?

These are the clubs Scottie Scheffler used to claim the 2022 Masters at Augusta National. 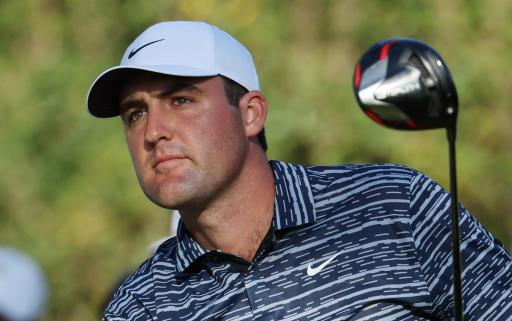 Scottie Scheffler cemented his position atop the Official World Golf Ranking with a stunning victory at The Masters.

Related: Scottie Scheffler reveals he "cried like a baby" before final round at The Masters

The 25-year-old survived scares and displayed a temperament that belied his years as he plotted his way round 72 holes at Augusta National.

Scheffler carded an opening round of 69 which included five birdies and one bogey. A stunning 67 with a string of birdies on the back nine followed.

Over the weekend, calm Scheffler carded a pair of 71s to claim the first major of the year over Northern Ireland's Rory McIlroy.

It meant Scheffler won four times in his last six starts to mark a short and meteoric rise to the top of the world, dethroning Jon Rahm.

Those victories came at the WM Phoenix Open, the Arnold Palmer Invitational and the WGC Match Play.

Scheffler starred previously starred in the Ryder Cup at Whistling Straits last September for the United States with a 2-0-1 record.

A highlight of that weekend included defeating Rahm in the Sunday singles over Spaniard Rahm in blistering fashion.

Scheffler signed with Team TaylorMade in March 2022 ahead of The Players Championship at TPC Sawgrass.

At the time, he was one of the hottest free agents on the market.

GolfMagic's video and equipment editor Alex Lodge has taken a look at the equipment Scheffler uses.

Next page: Bubba Watson lifts the lid on his split with caddie Ted Scott