Curtis Strange, Andy North and Jim Nantz have all expressed their excitement at the thought of Tiger Woods returning to The Masters next week. 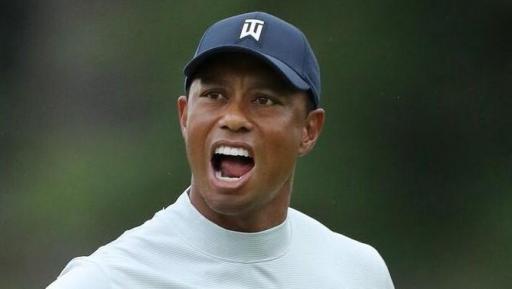 Prominent figures from the golf world have weighed in on Tiger Woods' potential return to The Masters next week and they share the same excitement as so many golf fans.

Earlier this week, Woods visited Augusta National with close friend Justin Thomas and his son Charlie to play a practice round and test his physical capability.

The course has slightly changed since Woods last played there in November 2020, but he has since described alterations to the 11th and 15th holes as "absolutely amazing."

CBS broadcaster Jim Nantz, who received a hesitant answer from Woods about The Masters at the Genesis Invitational, said it would be an "amazing achievement" if he was to compete for his sixth Green Jacket.

Andy North, a two-time US Open champion, described the prospect of Woods playing a week from today as "amazing." North will be commentating on the event for ESPN.

Related: Phil Mickelson had been "skating on thin ice for a very long time"

"We didn’t know if he was going to make it through (the accident), and to be in this position where people are talking about, 'This guy might actually play in the Masters,' I think it’s amazing," said North.

"My hopes for Tiger through this whole process, were just that he could play golf again.

"That he could get out and play golf and enjoy his time with Charlie and (daughter) Sam on the golf course as a father, and not as the former No. 1 player in the world. Not as the greatest player ever, but as a dad."

North originally thought that the terrain of Augusta wouldn't suit the injuries sustained in Woods' right leg from the car crash in February 2021, judging The Open Championship at St. Andrews to be a better fit.

Also a two-time US Open champion, Curtis Strange praised the 15-time major champion for going to visit Augusta before his decision, which could prove to be a vital piece of preparation.

"Is Tiger playing? We have no idea. But it looks like he’s testing himself, and that is a good thing," Strange said.

"How else would you test yourself, other than to go walk and play and get up there, play some practice rounds and see if you can walk the golf course? See how the leg holds up, see how the game is.

"And I commend him because when you practice and walk and work out at home, it’s a different animal than when you get to the site and walk the golf course... which is the hardest walk in golf, Augusta National."

Strange also works for ESPN and he will have been one of many people to see the footage of Woods playing at Medalist Golf Club last weekend with his caddie Joe LaCava.

Woods is still on the entry list on the Official Masters website and as the days go by, it is becoming increasingly likely that the 46-year-old will tee it up.

Next Page: Tiger Woods loves changes to Augusta ahead of The Masters: "Absolutely amazing"