The biographer who published Phil Mickelson's controversial comments predicts when he will return to golf and how his apology felt like "a cry for help". 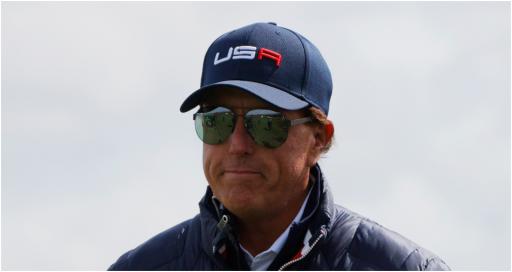 The biographer who published Phil Mickelson's controversial comments says parts of his apology felt like "a cry for help".

Alan Shipnuck, who writes for The Firepit Collective, has also predicted that Mickelson may return to golf at the PGA Championship in May.

What Mickelson told Shipnuck about his plans to leverage the Saudis against the PGA Tour led to a dramatic fall from grace and a spell away from the game.

It meant for the first time in 28 years Mickelson is not playing The Masters as he focuses on being "the man I want to be" after he "failed myself and others too".

"The X-factor in all of this were the lines in Mickelson's statement about having "failed myself and others too" and taking time away to work on "being the man I want to be."

"To me, that had little or nothing to do with Saudi Arabia. It felt like a cry for help.

"When I started working on my book, someone in Phil's orbit told me, 'He has been skating on very thin ice for a very long time.

'All it is going to take is the right person to tap on that ice and he'll fall through.'

"If Mickelson is, in fact, doing extensive self-examination and really working to tame his warring impulses, he might not be ready to return to public life six weeks from now.

"Only Phil knows the answer to that."