Cameron Smith has grown into one of the best players on the PGA Tour and he is challenging for his first major title at The Masters. 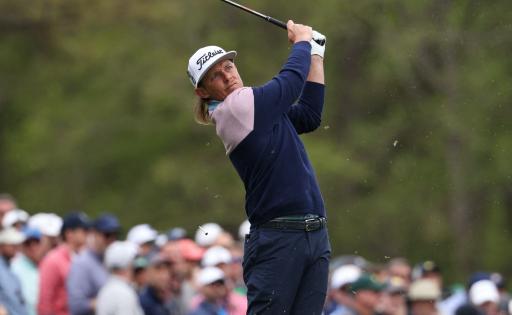 Cameron Smith is flying the flag for Australia on the PGA Tour in 2022 and he is looking to become the first Aussie to win The Masters since Adam Scott in 2013.

Smith shot the best score of the day on Saturday to get within three shots of World No.1 Scottie Scheffler. His 68 helped him to reach 6-under-par for the week.

Having won The Players Championship in March, Smith was one of the favourites heading into this week at Augusta National and he is looking for his first major title.

It was an emotional win for the 28-year-old at TPC Sawgrass as he was able to win in front of his family who he hadn't seen for over two years due to the Covid-19 pandemic.

Someone else who was also in attendance in Florida was his girlfriend Shanel Naoum. They were pictured together after he won his fifth event on the PGA Tour.

It is not clear when the pair started dating. It is reported that Shanel lives in Jacksonville, Florida which is where Smith also lives at the moment.

It has also been reported that Shanel is a Chiropractic Physician and she attended the University of North Florida and the Palmer College of Chiropractic.

There is not a lot of public information about Smith's girlfriend at the moment. Maybe we will see an embrace between the pair if Smith was to win his first Green Jacket on Sunday.

The World No.6 is by no means out of contention despite Scheffler's dominance of the first three days in Georgia. The pair will tee off at 7.50 pm UK time later today.