Will you keep the "practically flawless" Masters app or delete it?

The official Masters app received rave reviews during last week's tournament at Augusta National, but is it better than the PGA Tour app? 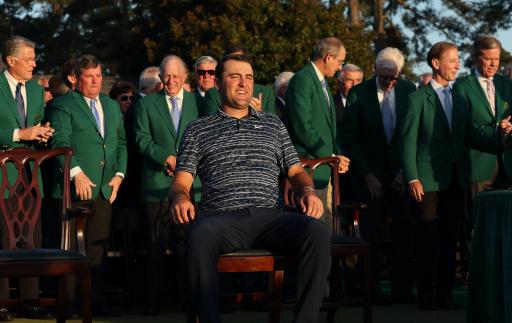 The Masters is a special tournament for so many reasons. Augusta National, the Green Jacket and of course, the official Masters app.

It is only useful for one week of the year, but the app is an absolute must-have if you want to keep up with every shot, every interview and every breaking news story.

And when we say every shot, we mean every shot. You can go on to all four of Scottie Scheffler's scorecards and relive every moment of his debut major win in Georgia, and this is the same for every player.

Each player has a biographical feature on their profile too. You can view their statistics from each round such as how many greens they found in regulation or their putting percentages.

The official Masters app also gives you each player's record at the tournament as well as all of the relevant news items attached to their profile.

Related: Whoop data reveals just how much Rory McIlroy was feeling it at The Masters

There is also a feature that gives you a birds-eye view of Augusta National. You can tap on each hole and see how many players are at certain points of the course.

The players section at the bottom of the screen allows you to view both your favourite professional and amateur players. The leaderboard is very clear and you can tilt your phone to see an even-more detailed table as well.

On the whole, the Masters app is very well-designed and very aesthetically pleasing. The icon features the iconic yellow map of America and the flag on the spot of Augusta, Georgia.

Many fans have sung the praises of the app and so have some of the players. Two-time major champion Collin Morikawa ran a poll on his Twitter account, asking fans if they should delete the app or if they planned on keeping it until 2023.

The 25-year-old came fifth at The Masters on Sunday to cap off a successful week. It is always sad when the tournament concludes, and many golf fans replied to Morikawa's poll with their opinions on the app.

Take a look below at some of the best responses regarding the official Masters app.

Keep, just because its the only app i’ve ever used that is practically flawless.

Keep it. And pull it up and show to the powers that be at the PGA, USGA, R&A and PGA Tour when you see them later this year.

Keep it. And pull it up and show to the powers that be at the PGA, USGA, R&A and PGA Tour when you see them later this year.

Keep it. It makes all other golf apps look silly. I keep it just to look at and yearn for next April. Congrats on a great week, Collin!

The best app and the best tournament. you played great

Next Page: Tommy Fleetwood to play at the Porsche European Open in June