Rory McIlroy's heart rate jumped considerably before he played his memorable bunker shot at the 18th hole at The Masters on Sunday. 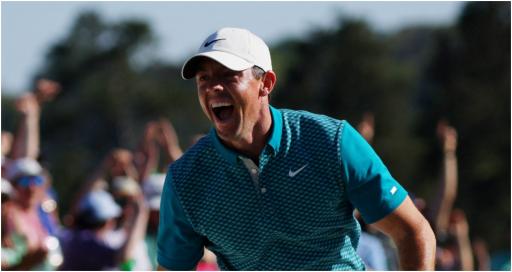 Data from Whoop has revealed the extent of just how much Rory McIlroy was feeling it before he holed out from the bunker at The Masters.

The Northern Irishman, 32, grabbed his best ever finish at Augusta National after he carded a stunning 8-under 64 to sneak into second place.

McIlroy, along with players like Justin Thomas, wear Whoop straps, which gives them data about their physical performance.

Whoop measures players' strain, recovery and sleep and the straps are worn by elite athletes all over the world.

Over the course of Sunday, McIlroy made six birdies and an eagle after he started the day 10 strokes adrift of the lead. He finished only three back.

When McIlroy strode up to to assess the situation from the sand at 18 after going from bunker to bunker, his heart rate had increased to 143bpm. A normal resting heart rate is around 60bpm-100bpm.

It is absolutely without question that when he saw the ball trickle in after he judged the slop perfectly he was absolutely pumped.

Rory was feeling it!