Breathe fresh life into your golf! 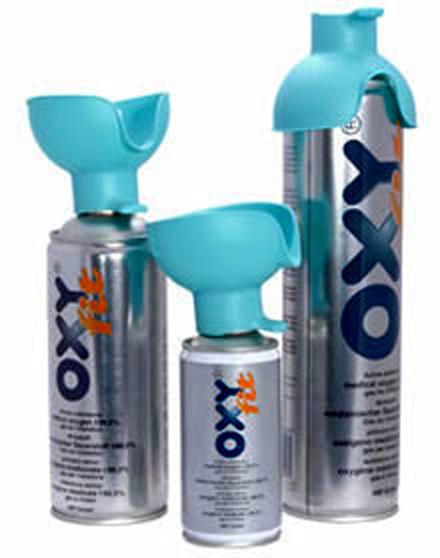 Two things made me start cycling to work at the end of last year. The huge dent Boris Johnson was making in my bank balance… and my embarrassingly poor fitness.

London hasn’t been good to me. When I lived in the countryside, I played football three times a week, indulged in a bit of cricket here and there and would go running on the beach with my dad’s dog, Fred. Get it? Fred Perry! Yeah, I didn’t laugh either...

My first couple of weeks on the bike were tough. 2010 had been a bad year for my fitness levels, which had dropped so much my golf was suffering – especially on the hillside courses.

So imagine my joy when a mysterious woman came to me in a dream. “Alex,” she said. “You need Oxyfit.”

She was quite sarcastic, considering this was my dream.

I huffed and puffed my way into Golfmagic Towers the following morning and fired up my inbox.

An email! It couldn’t be, could it? From Oxyfit! How spooky. Well, not really, because all that stuff above didn’t really happen. Apart from the huffing and puffing.

“An exciting, innovative product is now available allowing athletes to improve their energy levels and assist with recovery following exercise,” it screamed.

“Oxyfit, 99.5% pure oxygen in a handy, convenient canister, is being used by many elite athletes as part of their training regimes.

“Oxyfit, replaces ‘oxygen debt’ - a phase that we all go through when exercising hard - when we would normally, slow down, rest, allowing our respiratory system to recover, taking on additional oxygen enriched air at this stage, allows us to continue training harder, for longer.”

But hang on a second. “How exactly do I sell this to golfers?” I asked a colleague.

“You can’t really,” he replied. “Anyone needing that on the golf course must be pretty close to a cardiac arrest.”

Always straight to the point.

If you’ve played the Nicklaus course at St Mellion, you will know there’s quite a distance between almost every green and following tee.

Well guess where I played on Monday? And as I struggled up the steep incline between 16 and 17, I thought of my little sample can of Oxyfit back at the office and wish I’d crammed it into my already over-spilling bag.

Oxyfit also tells me it will also reduce the build up of lactic acid, which I suffer from quite badly, as well as promising to increase my performance output by 15%.

So when you think about it, it probably would be pretty good for your average golfer.

As I prepared for my 45 minute-or-so commute home on my Raleigh-built chariot, I chucked it into my backpack and, just before I reached my flat, I did several laps of the park to really tire myself out.

Oxyfit claims to not only work, but be easy to use. I can’t deny either of these claims. I felt instantly refreshed and I didn't need to dial 999 for help. But would I put it in my golf bag? Yeah, why not? But I’d probably be more inclined to use it in other areas of exercise.

“Training with oxygen enriched air spares muscle glycogen by as much as 30%,” says Oxyfit’s Steve Field. “This then equates to a greater level of output, lower muscle fatigue, improved recovery time and enhanced muscle fibre fullness.”

I don’t really know what any of this means, but it sounds impressive.