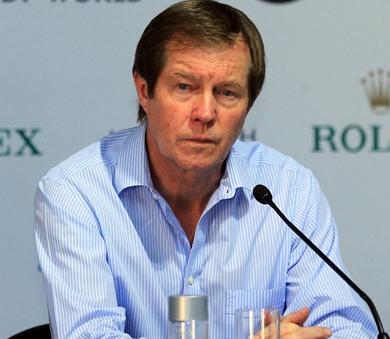 As expected, the European Tour has confirmed its support for the R&A and the USGA and their proposal for rule 14-1b – the prohibition of anchoring any club when making a stroke under the Rules of Golf.

George O’Grady CBE, Chief Executive of the European Tour, said: “The European Tour has been fully involved in the consultation process which ended on February 28, and deeply value this involvement. Our Members support the unique role played by the governing bodies in formulating the Rules of Golf.

“Additionally, virtually all of our Tournament Committee and player representatives support the proposed rule even though they are aware, and have taken into account, the fact that some members and especially our senior members use the anchored method.

“We understand the points put forward by the PGA Tour and the PGA of America and respect and sympathise with their views, which are based on their experience and the evidence before them, and have been expressed with great concern for the game.

“The whole issue has received far greater focus and comment in the United States than in the rest of the world, perhaps because of the numbers of their golfers using the anchored method, and the set up in general terms of their golf courses and the firmness and speed of their greens.”

What do YOU think about the anchored putting ban? Come and join the discussion in this forum thread, or you can tweet us @Golfmagic.

More on the anchored putting ban