Daly denies being drunk during prank 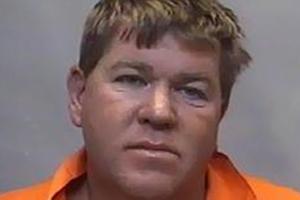 JOHN DALY has defended his actions after he hit a golf ball from of fan's mouth and denied suggestions he was drunk.

The video, which is shot in a pizzeria car park, shows a man lying on the ground with a tee in his mouth before the two-time major winner strikes the ball.

The teetotal 47-year-old had drinking problems in the past and he was quick to put rumours to bed he had been drinking before the stunt.

Pearce Harrison, who shot the video, said: "I walked up and I thought some dude got knocked out because he was lying on the ground. We got a little closer and saw that he had a golf tee in his mouth.

"He was kind of fumbling around with it for a good three or four minutes, trying to decide if he wanted to do it or not.

"I think the ball hit a building across the street because we heard a crack. But we went over there to see if it was in the street but didn't find anything.

“He [Daly] didn't seem drunk or anything. But everyone around him definitely was."

This is not the first time Daly has done the stunt as he was filmed teeing off from David Feherty’s mouth years ago. He seems to be in playful mood as he humorously sang in a new commercial recently.