Drive it yards further with my one magic move (TBC) 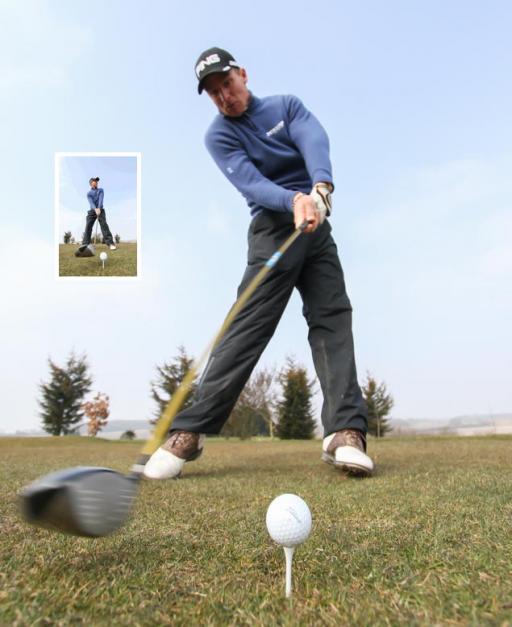 Everyone wants to hit the ball further - and in one simple, magic move they can, according to English-based South African Darryn Lloyd, whom over the next few weeks is passing on some of his favourite tips, exclusively to our Golfmagic audience.

Darryn recently booked his place in the starting line-up for The 2013 Open Championship at Muirfield in July, through the R&A's Africa Qualifier so we've signed him up to offer some advice, then tell us about his Open experience in an exclusive diary.

His secret move to put yards on your tee shots requires a slight change in ball position then a tiny re-positioning of my head at address.

"If I'm looking to hit the ball longer, I need to hit it higher and take every advance in the conditions.

"Normally the ball would be just inside my left heel but to hit the ball higher and longer I move it slightly more toward my left big toe. But not too far or I'll be reaching for it and will possibly top it.

"Moving ball position forward helps to get the clubface hitting on the upswing.

My secret which you may like to try is to move my head to the right of the golf ball. This also encourages me to hit the ball more on the up. I also feel I'm putting put more weight on my right foot than before. Get the feeling of hitting the ball up the backside.

"This way I get more height, less spin and more run.

"Obviously to hit the ball on a lower trajectory I do the opposite and move it slightly back towards the heel," he says.

CLICK HERE for an animated version of how the shot's played

*English-based South African Darryn Lloyd, recently booked his place in the starting line-up for The 2013 Open Championship at Muirfield in July, through the R&A's Africa Qualifier. We've signed him up to offer some advice, then tell us about his Open experience in an exclusive diary.