The day golf picked up its pace 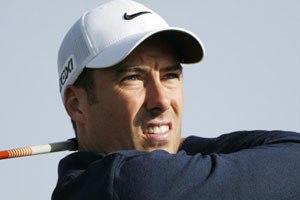 Sunday June 3, 2012 proved a monumental day in Great British history. It was a day we had been longing after for some time and one we'll not forget in a hurry. The nation came together and crowded around the TV, while others braved the torrential rain and threw street parties.

The deduction of a shot for slow play had been long overdue.

Seventeen years, in fact, was the last time a player faced the wrath of Tour officials when American Glen Day was handed a one-shot penalty at the 1995 Honda Classic on the PGA Tour.

Take a bow European Tour chief referee John Paramor, who came down hard on England's Ross Fisher for picking up two 'bad times' during his final round at the Wales Open.

Slow play has been talked about, frowned upon and moaned about more times than you can say ‘goal line technology’.

This toxic issue has even resulted in me picking up the remote and switching from David Livingstone to Bruce Forsyth on a Sunday evening. I hasten to add, only when Kevin Na finds himself in the final pairing.

And at long last, it finally appears that big John P has listened to not only the fans of the game but the likes of Bernard Gallacher, Luke Donald, Lee Westwood and Tiger Woods, who have all thrown their caps into the ring on the topic.

Fisher's group - the final threeball of the day that included eventual Wales Open champion Thongchai Jaidee and Dutchman Joost Luiten - was given a kick up the backside by Paramor as early as the sixth hole in order to keep pace with the group in front.

Five holes later, the 31-year-old from Ascot was handed his first 'bad time' after taking 57 seconds, which surpassed the allotted 40 second-rule (as the second of the group to play) plus a few more because of the bad weather. “It was a clear bad time,” said Paramor.

Trailing by a shot and in dire need of rolling home a 20-footer for birdie on the 14th, Fisher once again overstepped the mark by taking 55 seconds to mull over his putt. As a result, he was awarded a second 'bad time' and a one-shot penalty.

“Then on the 14th, Ross took 55 seconds over his first putt,” he added. “I told him before he teed off at the 15th - and I don’t think he was particularly happy.”

“I don’t think it’s justice,” said Fisher, who was seen on numerous occasion looking in his yardage book and chatting to his caddie Adam Marrow when it was his turn to play.

While the 2010 European Ryder Cup star is by no means one of the main culprits of slow play right now, he might care to remember how lucky he was during the second round of the 2009 Open Championship at Turnberry.

The Englishman, who eventually finished tied 13th despite leading by two shots at one point on the Sunday, could have faced disqualification for slow play.

When a golfer is put on the clock he has 40 seconds to play unless he is the first in the group to hit. On the Friday morning, Fisher received his 'bad time' for taking 67 seconds. He then took 44 seconds over seven subsequent shots. A cruel referee could have penalised Fisher on each of those occasions but Paramor acted like a benign policeman.

Instead of giving a player 10% leeway in the past, like a traffic cop pulling in a driver for doing 78mph on the M25, it would appear Paramor has now set the precedent for the Tour and the game in general.

Fisher aside, surely it’s time the PGA Tour now acted on the issue and got to grips with some of its main protagonists including Kevin Na, Ben Crane, Keegan Bradley, Jason Day, Jonathan Byrd and Webb Simpson.

It would appear the penny has finally dropped, however. Be ready to play when it's your turn, otherwise face the consequences.

A fortnight ago on the LPGA Tour, Morgan Pressel was handed a loss of hole in her matchplay semi-final tie against eventual champion Azahara Munoz for taking 29 seconds too long to complete the 12th.

That's two slow play rulings in the space of three weeks. The PGA Tour has been warned.

Do the Tours have a responsibility to the rest of us? Was Fisher unfairly made a scapegoat? Tell us what you think in the forum...