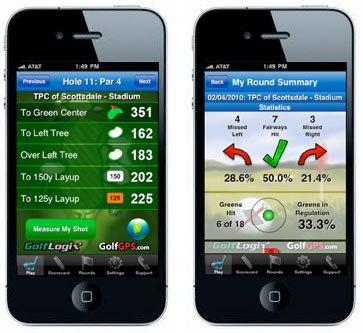 The number of British golf clubs offering downloadable apps for smartphones has increased by more than 1000% in the last six months.

In October 2012, less than 20 clubs had developed their own app. Today, more than 200 clubs either have an app or are in the process of getting one developed.

Declan Hayes, digital marketing manager at Eagle - the company that launched its app to golf clubs in January and by February had more than 70 orders and another 180 enquiries – explained the driver by the trend in a recent interview with Golf Club Management.

“Because both smartphones and tablet computers are used to download apps, because users carry their smartphones with them almost 24/7, and because they are now much faster to use for browsing and much more convenient for communicating by voice, email and text, club managers have recognised they need to enable their club to adapt to this major change in consumer behaviour and lifestyles.

“Members want to be able to check what’s on at their clubs and when, and what could be easier than touching the app on your smartphone to go into the club’s fixtures and diary? And instead of the printed diaries which soon get out of date, they trust their smartphone’s app because it’s being kept up to date by the club, online.

“When it comes to arranging the next round of the club knock out, it’s much easier to go into your club app to find other members’ contact details, touch the number you want and call, email or text them. For clubs wanting to market themselves inexpensively, the app is a perfect showcase with a course guide feature. That and the sheer penetration and convenience is why we’re seeing this incredible trend.”

Mr Hayes also added that while prestigious clubs such as Coombe Hill and The Shire have all signed up to the Eagle app since the start of 2013, he’s been impressed by the levels of interest being shown by local clubs.

“They represent what I see as the vast majority of typical members’ golf clubs and they’re the ones whose managers really ‘get it’ when it comes to enabling their clubs to adapt to the powerful new communications’ technologies and the changing habits and lifestyles of their members.”

Mark Kemp, director at Dynamics Golf, also detailed why growth has taken off so quickly in recent weeks: “More than 61% of golfers now own a smartphone and that figure is rising fast. The trend in mobile usage is growing at a pace unlike anything we have seen before.

“What’s also a driver is that the mobile app market is moving fast to keep pace with smartphone users, and native app development is no longer for big companies with extensive budgets. Golf clubs can now have a great native mobile app while keeping within tight budgets.”

Could your golf club benefit from having an app? Share your thoughts in the forum below on tweet us @Golfmagic