Fredrik Lindblom began the video series to document the lives of golfers who are in pursuit of their card on the PGA Tour. 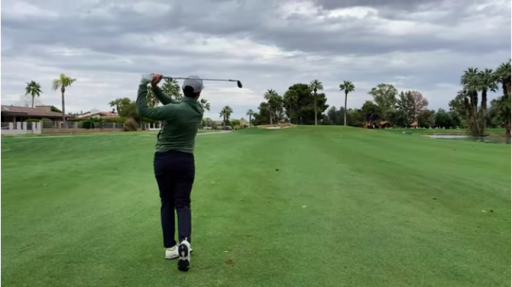 The PGA Tour events and major championships that we watch on the television are often contended by the most talented and highest-earning golfers on the planet, painting a picture of glamour and riches.

But every golfer who is playing on the PGA Tour had to start from the bottom and work hard to get to where they are now, and it is this journey that Mizuno have focused on with their newest project.

The first three episodes of the series focus on the process that every golfer must go through to make it to the top and it provides an interesting insight into the amount of work required to achieve the PGA Tour goal.

"If we miss out on a tour card, we’ll wonder if it was the distraction.  But we thought it would be interesting for people to see another side to the professional game."

The series shows different experiences that golfers such as Lindblom go through to achieve their dreams such as constant travel and hard gym work.

Lindblom has previously competed on the Mackenzie Tour, which is also known as PGA Tour Canada. The Mackenzie Tour is one of many professional tours worldwide that players can use to build their career.

In America, there is also the Korn Ferry Tour which is comparable to the Challenge Tour in the UK, as they are both developmental organisations that can provide a stepping stone for professional golfers.

The hard work paid off for Lindblom this year as he managed to qualify for the PGA Tour Canada at the Q-School USA West 2 event on April 2nd.