Justin Rose FORCED OUT of 150th Open Championship with injury

Justin Rose has withdrawn from the landmark Open Championship after sustaining a back injury which cut his practice round short on Wednesday. 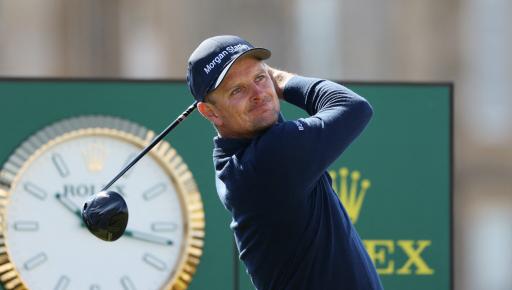 Former US Open champion Justin Rose has withdrawn from The 150th Open Championship at the last minute due to a back injury.

The Englishman had to cut his practice round with Henrik Stenson short on Wednesday after hurting his back and he hit balls on the driving range this morning.

Rose decided not to play at the very last minute alongside Tommy Fleetwood and Francesco Molinari in Game 10. From the footage on the driving range this morning, he looked very uncomfortable.

Alex Noren had been the first alternative, but as he is now playing at the Barracuda Championship, Rikuya Hoshino was told to head to the first tee to play at the home of golf.

BREAKING: Justin Rose withdraws from #TheOpen before the first round due to injury. pic.twitter.com/QmqK7IFp3q

Fellow Englishman Aaron Rai is now the first alternative and he will join the field at the last minute like Hoshino if there is another withdrawal.

In 16 starts on the PGA Tour in 2022, Rose has only made two top-10s. He came tied fourth at the RBC Canadian Open in June and tied sixth at the Farmer Insurance Open in January.

Rose came closest to winning The Open Championship in 2018 at Carnoustie. He carded a final-round score of 69 to tie for second place behind Molinari, his would-be playing partner today.

The Italian and Fleetwood, who formed a superb partnership at the 2018 Ryder Cup, are currently two holes into their first round at St Andrews. They will tee off for the second round at 1.15 pm on Friday.

Next Page: Has Tiger woods given the game away about OWGR points for LIV Golf?