Oosthuizen in pole position to win his second Open Championship 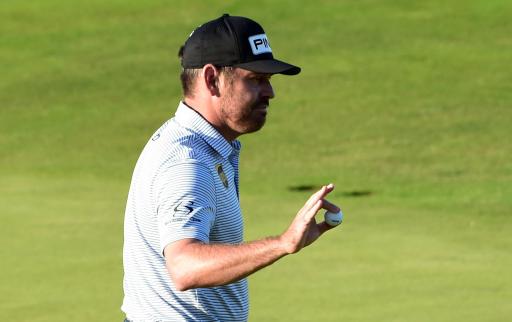 Louis Oosthuizen carded a third-round 69 to take a narrow one-shot lead over Collin Morikawa into the final round of The Open Championship at Royal St George's.

Oosthuizen, 38, has led wire-to-wire so far this week and remains in pole position to etch his name on the famous Claret Jug for the second time in his career following his memorable seven-shot triumph at St Andrews in 2010.

The South African finds himself at 12-under par, one shot clear of last year's US PGA champion Collin Morikawa, who bounced back from two early bogeys with five birdies thereafter for a round of 68.

Jordan Spieth held a share of the lead at various times during the afternoon but the 2017 Open champion stumbled badly coming home with bogeys at 11, 17 and 18 - the latter which saw him miss a short putt for par - and he signed for a 69 and 9-under par total.

Corey Conners vaulted up the board with a round of 66 to move to 8-under par alongside Scottie Scheffler, who birdied the final hole for a 69.

Jon Rahm did not bring his best stuff on Saturday but still kept himself in the mix for a first Open Championship and back-to-back majors with a round of 68 to move up to 7-under par alongsid Dylan Frittelli (70) and Mackenzie Hughes (68).