Marcus Armitage and 15 others qualify for 150th Open Championship

DP World Tour winner Marcus Armitage was one of the big names to emerge from Final Open Qualifying which saw 288 players battle for a place at St Andrews. 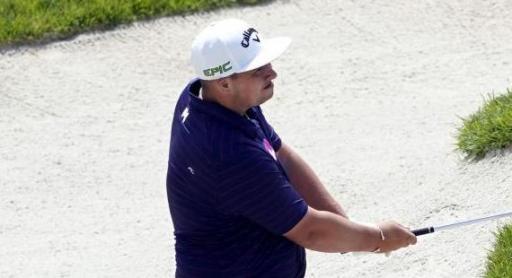 "The Bullet," who won the Porsche European Open in 2021, shot 8-under-par in two rounds at St Annes Old Links to join Amateur Championship runner-up Sam Bairstow at the top of the leaderboard.

"It was just pure emotion coming down the last. I was rattling, I got it over the line and I haven’t been in that position for a while. So to pull it off under those circumstances and show that I’ve still got it - I was really happy."

They were joined by Matthew Jordan and John Parry to come over the last hurdle in qualifying. At Hollinwell, amateur player Barclay Brown shot 4-under over 36 holes to secure his place at the home of golf.

Marcus Armitage is off to the Open!!!

DP World Tour player Richard Mansell also got through at the Nottingham venue with Oliver Farr and Marco Penge. Just 16 of 288 players made it to the final major of the year on a gruelling day.

"I thought the US Open was going to be my first event with Tiger (Woods) in the field so I was gutted when he pulled out. I’m hoping he’ll be there. To play an event with the greatest of all time has always been a dream, so that adds another dimension to it," Mansell said.

"It’s my third major and it has been an unbelievable 18 months. To play an Open at St Andrews is what you dream of as a kid."

Down at Prince's in Kent, over the fence from Royal St. George's, Matthew Ford, Jamie Rutherford, Ronan Mullarney and Jack Floydd earned their spots at the tournament next month.

Next Page: LIV Golf rebels will not be eligible for Ryder Cup qualification