The Open: Justin Rose hits out at major schedule

Justin Rose has hit out at the scheduling of golf's major championships ahead of the 2019 Open and blames the PGA's FedExCup. 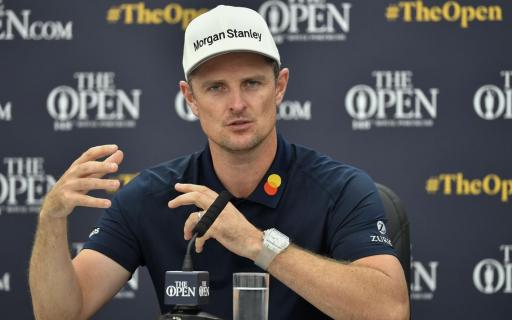 Justin Rose is furious with the way golf's major championships are being treated and has hit out at the scheduling of the tournaments. Rose, who won the FedEx Cup last year, winning $10 million, has blamed the PGA Tour's prestigious cup for the poor scheduling of the majors.

The first major of the year was the Masters back in April and we are now just a day away from the final major of the year, the Open. The old schedule saw the PGA Championship as the last major, falling later in the year in August.

This year, the schedule was changed and the PGA Championship was played in May, leaving the Open as the final major of the year.

Rose is certainly not happy with the changes.

“One Major a month really I think is too much. In my opinion they're too soon,” he said.

“It's too condensed. As a professional, in terms of peaking for something, the process that's involved in trying to do that can be detailed and it can be longer than a month.

“But I also think it's pretty much driven by FedEx Cup, wanting to finish on a certain date with everything else having to fit in where it can.

“For me Major Championships should be the things that are protected the most. That's how all of our careers ultimately are going to be measured.

“Forty years ago there wasn't a FedExCup so if you're trying to compare one career to another career - Jack versus Tiger - it's the Majors that are the benchmarks.

“For them to be tweaked so much I think is quite interesting at this point.”

In September 2018, Rose finished T4 in the Tour Championship, which gave him enough points to seal the FedEx Cup, winning the season long prize and taking home $10 million, on top of his Tour Championship earnings. You can completely understand where he's coming from in regards to the importance of the major championships, but as a FedEx Cup winner, surely he can understand it can have a life changing affect on a golfer's career.