R&A makes change in senior leadership for governance of golf 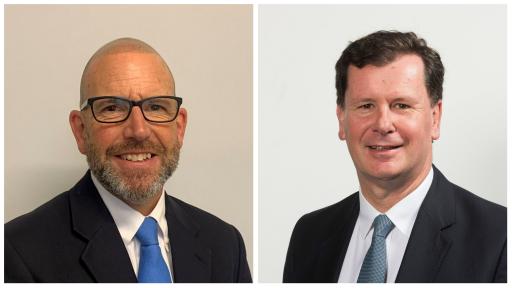 The R&A has confirmed that Grant Moir is to become its Executive Director – Governance, effective from 1 January 2023.

He will lead the organisation’s governance responsibilities, including the Rules of Golf, Rules of Amateur Status and handicapping, succeeding David Rickman, who has held the role since 1996. He will also liaise closely with The R&A’s equipment standards team, led by Professor Steve Otto.

Rickman will continue as the organisation’s Chief of Staff, a position he took up in 2016 alongside his governance responsibilities, and assume additional responsibility for leading the development of The R&A’s new staff building at St Andrews West, a new transformational project scheduled for opening in 2025. He will remain as Chief Referee for The Open and AIG Women’s Open.

Martin Slumbers, Chief Executive of The R&A, said: “Grant is a strong addition to our executive leadership team having developed a deep understanding and specialist knowledge of our governance responsibilities, especially the Rules of Golf, as well as acquiring extensive experience within the sport since joining The R&A.

“I would also like to recognise David’s enormous contribution to leading our governance responsibilities for many years, in which time the various Rules of the sport have been successfully modernised and he established a global reputation as an expert in his field. Our major championships will continue to benefit from his skills and expertise as Chief Referee, while he will also join the board of R&A Rules Ltd which oversees our governance activity. The development of our new staff building is a significant undertaking and will be in very good hands under David’s leadership.”

Grant Moir, said: “I am proud to be taking on this role at The R&A and look forward to continuing the organisation’s vital work across all of our governance responsibilities as we seek to ensure that the sport prospers for the enjoyment of golfers at every level of the game both now and well into the future. I have enjoyed working with David over many years and am grateful for his support and guidance.”

Moir joined The R&A in 1994 and has worked extensively with the Rules of Golf and Amateur Status Committees over many years. Since 1996, he has been an integral part of the collaborative work with the USGA, helping to ensure that the Rules are the same worldwide.

He has played an important role ‘inside the ropes’, first as a referee, then planning course set-up for The Open since 2009 and the AIG Women’s Open since 2017, which he will continue to have responsibility for. He has refereed at other major championships across the world and was closely involved in the Rules operation when golf returned to the Olympic Games in 2016 at Rio de Janeiro.