Footage has emerged of Rory McIlroy facing the exact same putt Cameron Smith had at the 150th Open and it's fair to say the outcome was slightly different. 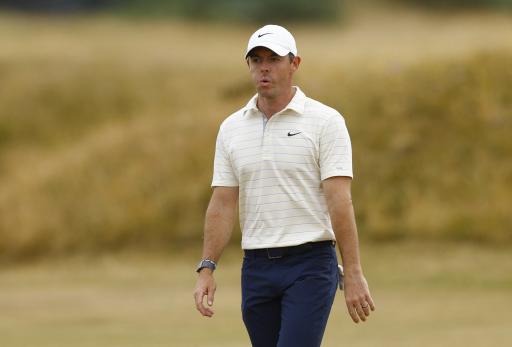 Old footage has emerged of Rory McIlroy facing the same putt Cameron Smith had on 17 at the 150th Open Championship and it's fair to say the Northern Irishman's attempt had a slightly different outcome.

Smith is now the Champion Golfer of The Year and it wouldn't be unreasonable to suggest the outcome may have been different had he not pulled off one of the greatest par saves in recent memory.

Heck, this may have been one of the greatest par saves of all time considering the circumstances at the Road Hole at the iconic Old Course at St Andrews.

Smith found himself in a precarious position after the 28-year-old Australian missed the green with his approach.

There was simply nothing on and the bunker between his golf ball and the flag will have been a daunting sight.

However, Smith navigated the next two shots to perfection with the flatstick that was simply on fire that Sunday.

The Players champion rolled his first putt perfectly onto the green. For a brief moment, it looks as if Smith's putt didn't have enough juice and was in danger of being swallowed up into the sand.

He then drains the following putt from 12 feet. Claret Jug on the line, this still boggles my mind.

Nerves of steel, that.

This fan captured another view of Smith's putt, which you can watch below:

And this is how McIlroy got on all those years ago at St Andrews:

Next page: Chamblee fires back at Greg Norman over "bobblehead" comment