Talor Gooch goes back on absurd Ryder Cup comment: "I was in the moment"

After the 4 Aces won the second LIV Golf event in Portland, Talor Gooch claimed the atmosphere was like that of a Ryder Cup despite having never played in one. 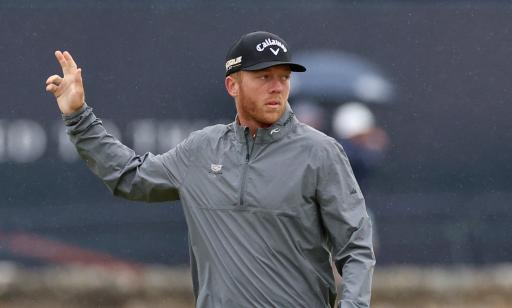 Talor Gooch has backtracked on his outrageous comment during the second event of the LIV Golf Invitational Series, comparing the Portland atmosphere to the Ryder Cup.

The American has admitted he got caught up in the moment of he, Dustin Johnson, Pat Perez and Patrick Reed winning $750,000 each for finishing top of the team format at Pumpkin Ridge.

Many golf fans were quick to jump on Gooch's comment which compared the sights and scenes of the LIV Golf Series to golf's greatest team events in the Ryder Cup and the Presidents Cup.

The 30-year-old revealed he'd "rightfully" received criticism for his comment. In two events of the Saudi-backed series, Gooch has already earned just over $2 million.

Related: Tiger Woods in tears at St Andrews: "This might be my last Open here"

"A bunch of players came up, and they’re like, ‘Really? Really? I was like, hold on a second, guys. Give me a little break. I just won. I was in the moment. I might have gotten a little aggressive with the comments," said Gooch.

Gooch, a one-time winner on the PGA Tour, went on to describe St Andrews as "the mecca of golf" and he is certainly showing his affection for the Old Course so far at The 150th Open Championship.

He is 7-under-par through 36 holes in Scotland and well in the mix to win his first major. Cameron Smith, Scottie Scheffler and fellow LIV Golf player Dustin Johnson are also in contention.

Next Page: Which courses will host the next three Open Championships?