Which courses will host the next three Open Championships?

St Andrews is the most prestigious venue you could wish for to host The Open Championship, but where will golf's oldest major visit in the next three years? 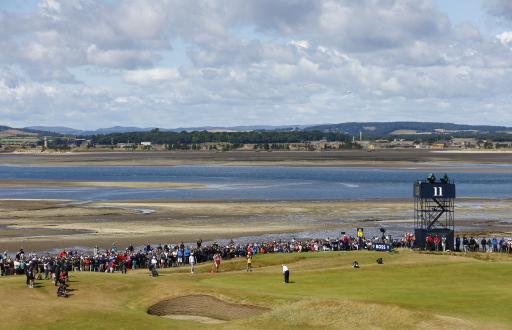 Golf fans and players all over the world had to wait an extra two years to watch The 150th Open Championship at St Andrews, but so far, it has been worth the wait.

The game's best players have lifted the Claret Jug at the home of golf such as Tiger Woods, Jack Nicklaus, Sir Nick Faldo and Seve Ballesteros. Your career is complete if you win The Open on the Old Course.

The tournament was last held in this part of Scotland in 2015 when Zach Johnson beat Louis Oosthuizen and Marc Leishman in a playoff to win his second major title.

When we watch the final putt holed on the final green on Sunday, our attention will turn to Royal Liverpool (July 20-23) which is set to host the 151st Open in 2023.

Hoylake has hosted The Open Championship on 12 occasions. Rory McIlroy picked up his first Claret Jug at this venue in North West England in 2014, fending off the likes of Sergio Garcia and Rickie Fowler.

Tiger Woods won his third Open title in 2006 at Royal Liverpool. He successfully defended his title which he had won in 2005 at St Andrews.

In 2024, we will return to Scotland for the year's final major. Royal Troon (July 18-21) was the host of Henrik Stenson's famous win in 2016 when he overcame Phil Mickelson in a titanic battle.

Troon, located in South Ayrshire, has hosted The Open on nine previous occasions, one more than Carnoustie. In 1989, Mark Calcavecchia famously beat Greg Norman and Wayne Grady in a playoff to win his sole Claret Jug.

Tom Watson, Arnold Palmer and Bobby Locke are just a handful of legends who have won The Open at Troon. In 2025, we will return to the popular site of Royal Portrush (July 17-20).

When The Open returned to Portrush in 2019, demand for tickets skyrocketed. Shane Lowry romped home by six shots to win his maiden major title.

This was just the second major tournament to be held at this course located in County Antrim, Northern Ireland. Max Faulkner won the Claret Jug the first time it was held in Northern Ireland in 1951.