The R&A have issued a statement over the pace of play problems at the 150th Open Championship at St. Andrews. 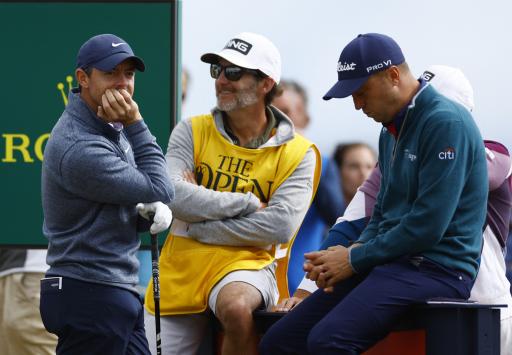 The R&A have issued a statement in response to the problems over pace of play at the 150th Open Championship at St. Andrews.

Woods missed the cut but at least he got a few extra hours on the hallowed turf that he describes as his favourite golf course in the world.

Fitzpatrick described the situation as "a joke".

"You're crossing over a lot, and to get better angles and better lines, you've got to hit across all the fairways. There's nothing you can do unfortunately about it. It's just sad more than anything. It's just ridiculous.”

Now the R&A have issued a response: "We are doing all we can to improve the pace of play today but recognise how challenging it is given the course layout."

The Press Associations Phil Casey reported that he approached the governing body late last night so there's a sense of irony that it has taken this long to reply.

And it was only a 23-word statement where they don't actually explain what they have done or how they will improve the situation.

Of course, shared fairways and greens, plus the fast-running fairways bringing par fours into range off the tee haven't helped matters.

More: Tiger Woods in tears at The Open

Collin Morikawa spoke to the media last night about the problem: "I figured it would be slow, but I didn't know it would be this slow.

"We were waiting on groups at tees, waiting on fairways. Xander and I talked about it, we're watching more golf than we ever have. You stay in the fairway and you're watching two other groups play golf.”

Rory McIlroy said that it's quite "stop-start" but added: "I think St Andrews is that way.

"There’s a lot of criss-crossing and waiting on other greens and waiting on greens to clear because they’re drivable par fours. So I think, especially the first two days when it’s the full field, it’s to be expected. It is what it is."