The Open: Erik van Rooyen FORCED OUT on morning of landmark major 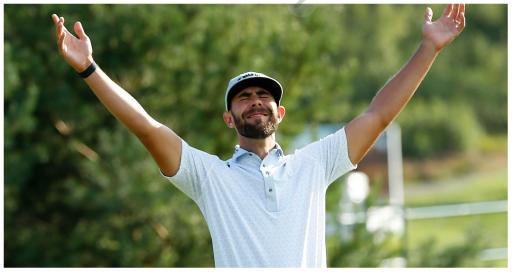 If there was ever a tournament that you didn’t want to withdraw from, it’s here at the 150th Open Championship at St. Andrews.

We have already seen two withdrawals here at the Old Course and they have come in the form of former World No. 1 Justin Rose and South Africa’s Erik van Rooyen.

Englishman Rose was scheduled to go out in Game 10 with his former Ryder Cup teammates Francesco Molinari and Tommy Fleetwood but decided to pull out at the last minute.

Footage from the range showed the 41-year-old looking extremely uncomfortable. We are reliably informed that he is suffering with a back injury.

Rose was in good spirits earlier in the week and had an interesting approach to the Old Course's famously difficult pot bunkers - watch here.

Of course, when a player withdraws then those ready and waiting as alternates will be chomping at the bit to get out there.

Sweden’s Alex Noren was listed as the first alternate here, but he decided to leave earlier in the week and is currently in the United States for the forthcoming Barracuda Championship.

Rose was replaced by Rikuya Hoshino. Now that van Rooyen has withdrawn, it means that England’s Aaron Rai will get his chance at the landmark major.

The PGA Tour official communications team confirmed that the South African, 32, was suffering from a neck injury.

The scoring on the first day of the 150th Open Championship was good in the morning wave.

The hole looked like a bucket for the amateur Barclay Brown, who recorded an opening round of 4-under par 68.

Cameron Young, from the United States, raced to 6-under par thru 11 holes. Rory McIlroy and Bryson DeChambeau also made good starts to their majors.

Ian Poulter, a LIV Golf defector, had an interesting start as there was a couple of boos for the Ryder Cup Europe’s Postman.

He then hit a snap-hook with his tee shot at the first hole and almost missed the 100-yard-wide fairway with an iron. Then he holed a monster eagle putt at nine.