Lou Stagner, the master of statistics at Arccos Golf, revealed an eye-opening statistic on three-putting and PGA Tour leaderboard finishes. 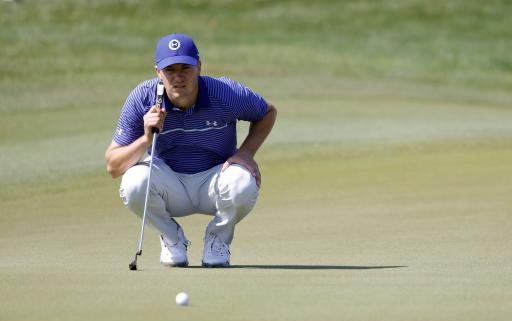 Is there anything more frustrating and wasteful than three-putting on the green? I know that it has cost me a lot of good scores and maybe some decent prize money in the past.

The thought of reaching the green in two or three shots, which can be a tough task anyway, to then take three putts with your short stick is a gutwrenching feeling.

It's an unnecessary use of shots and according to statistics posted by Lou Stagner from Arccos Golf on Twitter, they are severely damaging to a PGA Tour player's career.

As the graph below shows, a player who finishes in the top five of a PGA Tour tournament has only averaged 0.35 three-putts per round.

However, if you have missed the cut, you have averaged 0.75 three putts per round according to these statistics. Therefore, three-putting massively increases the chances of not making the weekend and winning less money in your career.

Last season, Jon Rahm, Cameron Smith, Sam Burns and Patrick Reed all placed in the top 20 for three-putt avoidance. All of these players notched a win on the PGA Tour last season too.

Jordan Spieth, Justin Thomas and Rory McIlroy also placed in the top 10 of one-putt percentage on the PGA Tour in 2021. Again, all of these players tasted victory this year.

The statistics that Stagner has posted, along with these follow-up numbers, outlines the critical importance of putting to a player's career and the repercussion it can have on their income and livelihood.

RELATED: TIGER WOODS: THE MASTERS IS UNLIKELY BUT COULD HE RETURN AT ST. ANDREW'S?

Earlier in the 2021 PGA Tour season, former US Open champion Bryson DeChambeau revealed that the players who rank outside of the top 150 spots in the FedEx Cup standings are losing money.

DeChambeau no doubt prioritises his long game, which he makes abundantly clear on his social media platforms. It is how he has become a major champion and an eight-time PGA Tour winner.

However, the data shows that if you want to prosper on the PGA Tour, avoid three-putting at all costs.

NEXT PAGE: TIGER WOODS IS SO INTIMIDATING HE CAUSED A JOURNALIST TO FORGET HIS QUESTION