Tony Finau's regular caddie and his wife are expecting a child, so Finau called the owner of the Utah Jazz to the Bahamas. 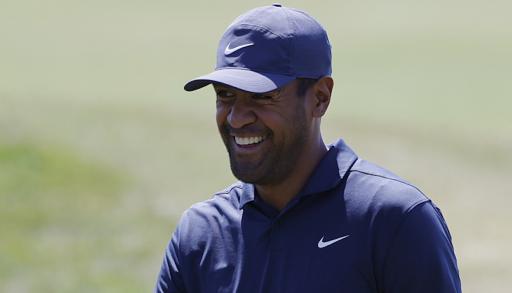 Tony Finau is a two-time winner on the PGA Tour. He has earned $25,439,816 so far in his professional golf career and he is sponsored by PING and Nike.

It is fair to say that financially, Finau has nothing to worry about. But his caddie this week incredibly eclipses him in the wealth department and by some way too.

The 32-year-old will be without his regular caddie Mark Urbanek this week for the Hero World Challenge as he and his wife are expecting a baby.

Finau has called up the owner of the NBA's Utah Jazz Ryan Smith to the Bahamas, who is reportedly worth $1.5 billion.

Smith is the executive chairman and co-founder of Qualtric which is a company that sponsors Finau, and the man from Salt Lake City has known Smith 'since he had zero dollars in his bank account'.

Smith purchased the Utah Jazz from the Miller family last October, so now the dots are beginning to appear and you can see where his and Finau's friendship stems from.

Finau, who was as excited as anyone to see the public return of Tiger Woods yesterday, is part of the exclusive 20-man field to tee it up at the Hero World Challenge this week.

He is set to go off with friend and US Ryder Cup teammate Harris English in tomorrow's first round in Albany. It will be his first appearance on the PGA Tour since missing the cut at the Hewlett Packard Enterprise Houston Open.

RELATED: TIGER WOODS: THE MASTERS IS UNLIKELY BUT COULD HE RETURN AT ST. ANDREW'S?

Finau has previously been spotted at Utah Jazz games, most recently when he was seen giving golf tips to part-owner of the Jazz and former basketball player Dwyane Wade.

It seems Finau's infectious personality is as popular on the basketball scene as it is on the PGA Tour.

NEXT PAGE: TIGER WOODS TELLS THE WORLD "I GOT THAT LAST MAJOR" BUT IS TARGETING THE OPEN