Mike Visacki pulled on the heartstrings of golf fans on the PGA Tour last season and he has now qualified for the Korn Ferry Tour. 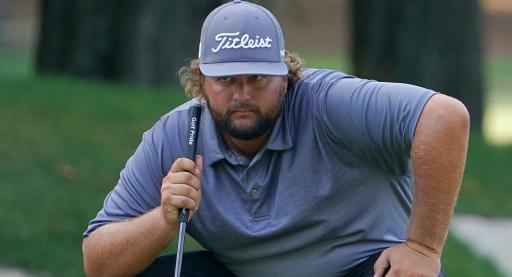 Mike Visacki touched the hearts of golf fans across the world last season when he qualified for the Valspar Championship, which was won by Sam Burns.

His emotion at playing on the PGA Tour and his journey in golf summarise the struggles that many professional players experience when trying to make it.

Visacki was one shot short of qualifying for the Korn Ferry Tour in 2019, but this year he has done it. But it wasn't without stress and drama, not to mention a weather delay of over two hours.

Visacki needed a par on his final hole at the Plantation Preserve Golf Course to advance to the third stage of Q-school, guaranteeing a card on the Korn Ferry Tour.

He hit his second shot on the par-5 18th hole into the water, which meant he needed an up-and-down to reach the tour. He did it, making for a fantastic moment for Visacki.

The popular American also played at the Charles Schwab Challenge last season having received a special invitation. He is certainly on the right path to making more appearances on the world's premier golf tour.

Visacki spent time with World No.7 Justin Thomas during the 2021 PGA Tour season, which was a great privilege for both men.

Thomas generously gave him some financial help so he could follow his dreams of playing competitive golf for a living.

Golf fans across the world will be delighted that Visacki has achieved his Korn Ferry Tour card, as this is a significant step on the career ladder for a professional golfer.

Visacki has only made one previous appearance on the Korn Ferry Tour, which came at the KC Golf Classic in 2018. He has made a big leap and we all hope he keeps progressing through the pro ranks.