Golf Betting Tips: Could this 90/1 SHOT cause a shock at the RSM Classic?

The RSM Classic is the final PGA Tour event of the year and we believe we have found the winner at a huge price. 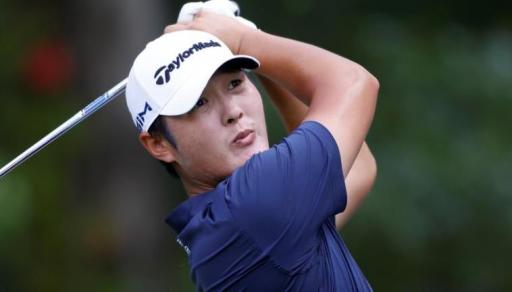 After the winner lifts the trophy at the RSM Classic on Sunday afternoon, the curtain will be pulled down on the PGA Tour for 2021.

Robert Streb is the defending champion and he will return to Georgia to attempt to win his third RSM Classic. He won this tournament for the first time in 2014 when it was called the McGladrey Classic.

Scottie Scheffler is back again this week to try and find his first PGA Tour win. He leads the betting and he will want to get that weight off his shoulders before the year is out.

Major champions such as Adam Scott, Louis Oosthuizen and Webb Simpson are in the field and each of the last six winners of the RSM Classic is in the field too.

The tournament is played on the Seaside Course and the Plantation Course at Sea Island Golf Club in Georgia.

Take a look at our three betting selections for this week's RSM Classic.

We are giving Scottie Scheffler another chance. He finished tied second last week at the Houston Open and fourth at the World Wide Technology Championship at Mayakoba.

He shot a course record at Memorial Park as well, despite not winning. A win is on the tip of his tongue and he makes a lot of birdies, sitting fifth in birdie average on the tour.

He is now at his best world ranking of 17 and arguably in the form of his career. Let's hope he doesn't keep us waiting until 2022 for his maiden PGA Tour win.

If we forgive his performance at the Houston Open last week, Talor Gooch is one of the most consistent players so far on this new PGA Tour season.

He came tied fourth at the Fortinet Championship and tied fifth at the CJ Cup in Las Vegas. This came between two other top-12 finishes too.

Based on Danny Lee's recent form, 90/1 is a massive price. He has played in three PGA Tour events this season and finished tied second and tied seventh already.

He is ranked 9th in scoring average and he has a PGA Tour win to his name from 2015 as well. He has put his poor 2021 season behind him and it is important to catch players when they are on form.

NEXT PAGE: MEET THE SIX PLAYERS WHO CAN WIN THE RACE TO DUBAI ON THE EUROPEAN TOUR