BMW will sponsor the second event of the FedEx Cup Playoffs until 2027, a move welcomed by PGA Tour commissioner Jay Monahan. 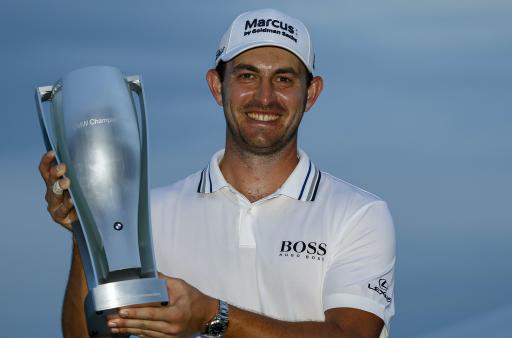 BMW will continue its sponsorship of the second event in the FedEx Cup Playoffs until 2027, according to an announcement made by the PGA Tour and the Western Golf Association.

It was also discovered that the event will return to Olympia Fields Country Club in Chicago in 2023, which hosted the event back in 2020.

This was a memorable renewal of the tournament as we saw World No. 1 Jon Rahm overcome Dustin Johnson in a sudden-death playoff.

BMW first began its association with the PGA Tour in 2007. The event became the BMW Championship in the same year as the inception of the FedEx Cup.

The 2022 event will take place at Wilmington Country Club in Wilmington, Delaware and it is always an exciting and dramatic event with important repercussions on the season-long points list.

No renewal has been more exciting than this year's event when Patrick Cantlay overcame Bryson DeChambeau in a six-hole playoff which almost ended in darkness.

Cantlay was on the back foot for much of the contest but he ended up with the victory, which was his first win at the FedEx Cup Playoffs. He went on to win the season-long grand prize.

"We would like to express our sincere thanks to BMW for their continued support of the PGA TOUR and the Western Golf Association through 2027," Monahan said of the pleasing announcement.

"The BMW Championship played an incredibly impactful role in launching the FedExCup in 2007 and BMW’s commitment to presenting a best-in-class event each year continues to elevate the FedExCup Playoffs.

"We are also very appreciative of BMW’s dedication to fulfilling the mission of the Evans Scholars Foundation, having impacted thousands of lives over the last 15 years."

NEXT PAGE: THIS STAT ABOUT LPGA STAR JIN YOUNG KO'S 63 GIR PROVES SHE IS ON ANOTHER PLANET