The PGA Tour announced in a memo to its players that they will increase purses and bonuses from 2022. 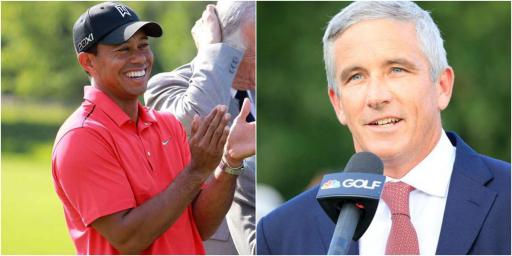 Okay, this didn't really happen. But it might as well have.

In a recent memo, PGA Tour commissioner Jay Monahan reportedly told players there will be huge bumpers in purses and bonuses.

That includes $18 million for the winner of the FedEx Cup as its allotment was increased from $60 million to $75 million.

The controversial player impact program also has been given a massive boost to, with players getting a share of $50 million.

The folks over at @golfunpluggedhq clearly saw the funny side of it.

CHECK OUT THE HILARIOUS CHAT BELOW

Whoever gets the biggest piece of that pie remains a secret, but it clearly is Tiger Woods this year. And probably will be Woods next year, too.

Just watching the views and shares go up on his most recent swing video was mesmerizing.

Tiger Woods has the biggest impact on golf event when he isn't playing.

The cash bonus is given to players who have the biggest impact on social media and grow the game.

Hence why we have seen an uptick in trading barbs from players like Bryson DeChambeau and Brooks Koepka.

It's big business and the PGA Tour wants to do everything it can to keep players onside.

That also includes rumours of creating guaranteed appearance money in a global series of events rumoured to begin in 2023.

The total tournament prize money next year will jump from $367 million to $427 million, according to the memo sent out.

On average, the purse for each event is said to increase by $1 million.

The Players Championship remains the richest stop with a prize pool of $20 million.