PGA Tour commissioner Jay Monahan reportedly confirmed the cash increases from 2022 in a memo to the players. 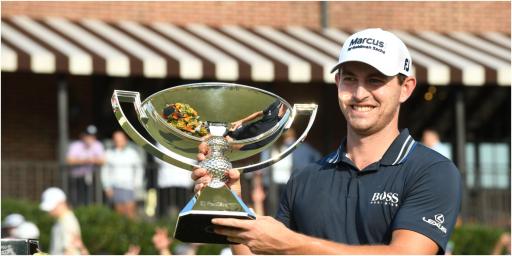 Golf's superstars will be getting even bigger bonuses on the PGA Tour from next year.

As exclusively revealed by Golfweek, the rich are only going to get richer in 2022.

The controversial Player Impact Program prize pool is said to have been increased to $50 million, up by $10 million from last season.

That's a truly staggering sum of money for Tiger Woods whoever claims the cash prize, which will be kept secret.

There are massive cash increases across the board. The Tour has increased the FedEx Cup bonus pool by $15 million.

It's now reportedly at $75 million.

The publication have quoted a source who reportedly has confirmed that 2022/23 FedEx Cup champion will receive $18 million.

Patrick Cantlay won $15 million when he won at East Lake.

Elsewhere, there is a new bonus scheme.

It is reportedly called the Play15 Program which will give $50,000 to every player who makes at least 15 starts.

These details were sent out per a memo from the PGA Tour's commissioner Jay Monahan:

It's interesting that Monahan did not mention rival tours in his memo. He's threatened to ban players who join breakaway leagues.

One message is clear though, which he has written in bold: 55 per cent of 2022 revenues will be redirected back to the players.

Next year, the PGA Tour has co-sanctioned tournaments with the DP World Tour (formerly the European Tour).

The Players Championship remains the richest tournament with a prize pool of $20 million.