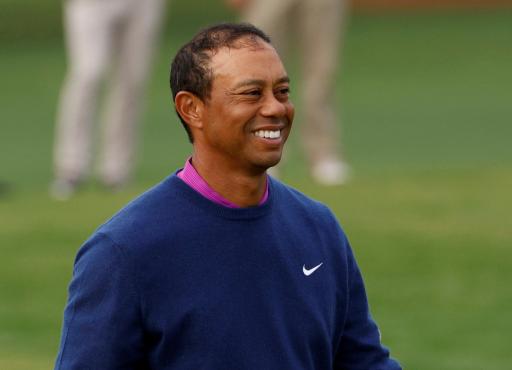 Tiger Woods is said to have "no recollection" of his car crash in Los Angeles on Tuesday morning, according to LA County Sheriff Alex Villanueva.

Woods, 45, is currently recovering from major surgery to his right leg and ankle at Harbor-UCLA Medical Center in Los Angeles, and is said to have been "sitting up and responding to his loved ones."

RELATED: TIGER WOODS WAS "AGITATED AND IMPATIENT" AND "TOOK OFF FAST" FROM HIS HOTEL MOMENTS BEFORE CRASH

"At the hospital he was asked about it by the investigators and he had no recollection of the crash itself," Villanueva told CNN, who also confirmed Woods was unlikely to face any criminal charges due to there being no impairment.

Villanueva said: "He was lucid, no odor of alcohol, no evidence of any medication, narcotics or anything like that. That was not a concern so no field sobriety test and no drug expert needed to respond."

He added: "A reckless driving charge has a lot of elements to it. This was purely an accident."

Woods has sustained major injuries with shattered tibia and fibula bones on his right leg in multiple locations, which have been stabilised by a rod in the tibia.

A combination of screws and pins were also used to stabilise additional injuries in his ankle and foot.

There have been no confirmed reports of the speed Woods was doing when he was involved in his single vehicle roll-over traffic collision at 7.12am on Tuesday, but Villanueva did say he was doing a "greater speed than normal" during a press conference on Tuesday.

PGA Tour
Charles Barkley has a NEW SWING and golf fans are loving it
PGA Tour
Tiger Woods lands his golf ball in a TRASH CAN, but what's the ruling?
Equipment
Best Golf Shoes you can buy on Amazon for LESS THAN £50!
PGA Tour
Rory McIlroy plummets to his WORST world ranking since 2009
Golf news
Two major golf clubs SOLD in the United Kingdom over weekend