At the tournament which he won last season, Brooks Koepka returned to form at TPC Scottsdale with a fantastic 66 to sit close to the lead when he finished. 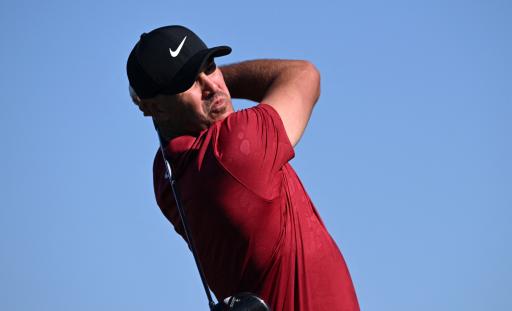 Dual tournament champion Brooks Koepka put his recent missed cuts aside with a superb opening score of 66 at the 2022 WM Phoenix Open.

The 31-year-old, who is the current reigning champion in Arizona, shot a score of 5-under-par which included just one bogey at the par-3 12th hole.

With his great start to the popular event on the Stadium Course, he has now shot four consecutive rounds of 66 or better at this tournament, which is the best current streak on the PGA Tour.

Koepka first won the event in 2015, which was his first win on the PGA Tour. He said on Wednesday that he always enjoys returning to TPC Scottsdale.

At this moment, the four-time major champion sits just one shot behind the impressive and improving K. H Lee who won the AT&T Byron Nelson in 2021.

Lee made five birdies and an eagle at the par-5 3rd hole on his way to an opening-round score of 65. Lee agonisingly finished tied second at the WM Phoenix Open last season.

Xander Schauffele, who tied second with Lee in 2021, fired a fine score of 4-under-par to temporarily sit in the first three places. He currently sits alongside Louis Oosthuizen, Justin Thomas and Patrick Cantlay on the same score.

Graeme McDowell provided one of the best shots of the day on the par-4 17th hole. He incredibly boxed a 90-foot birdie putt on his way to a 3-under-par 68.

Jordan Spieth, who finished runner-up at the AT&T Pebble Beach Pro-Am last week, shot a tame score of 1-under-par to sit five shots behind Lee when he finished.

Surprisingly, Viktor Hovland began the tournament in a slow fashion. The vibrant Norwegian, the winner of the Slync.io Dubai Desert Classic, shot 1-over-par and left himself with an uphill battle to remain in contention.