Graeme McDowell sinks a birdie bomb on the short par-4 17th on day one of the WM Phoenix Open. 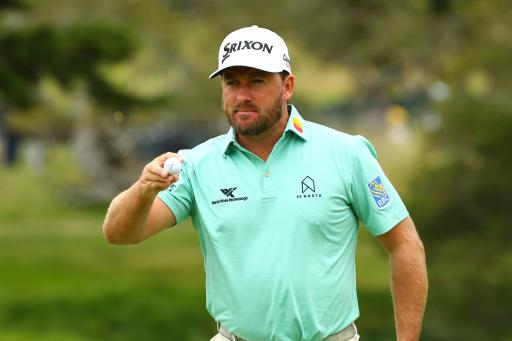 Graeme McDowell holed one of the longest putts of his PGA Tour career when draining a 90-footer for birdie on the short par-4 17th on day one of the WM Phoenix Open at TPC Scottsdale.

McDowell, 42, sent his drive 290 yards into the bunker guarding the fairway and he could only find the front of the green with his wedge, ensuring he did not make the mistake of going long into the water.

The Northern Irishman looked at his putt from all angles and would have no doubt been happy to walk off with par, but the former US Open champion went one better when draining it for birdie to raptuous applause from the fans.

He would end up signing for a round of 3-under 68 to lie just three shots off the pace after 18 holes.

McDowell has endured a wretched run of form of late, missing five of his last six cuts around the world.

As a result of his lack of form, McDowell finds himself in a lowly 358th in the world rankings.

McDowell once found himself inside the world's top 10 the year he won the US Open in 2010.

MORE: JON RAHM STILL SUPPORTS MICKELSON BUT "DOESN'T AGREE WITH EVERYTHING" HE SAID