Bryson DeChambeau coy on Saudi International talk: "That's the end of the story"

Much like Shane Lowry, Bryson DeChambeau declared that he isn't a politician when addressing his participation in the 2022 Saudi International. 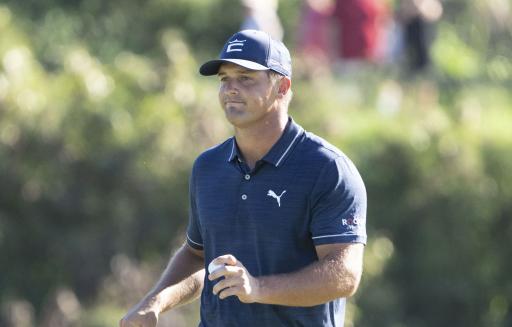 Bryson DeChambeau was short and sweet with his response to questions about the Saudi International which he is due to play in early February.

The Saudi International has been a controversial concept since it was removed from the DP World Tour schedule and moved to the Asian Tour, which has been the subject of a $200 million investment from the Saudi Arabian government.

The Private Investment Fund, which is the sovereign wealth source of Saudi Arabia, is the event's title sponsor which has been accused of using sport to hide its questionable human rights record.

DeChambeau is due to join the likes of Dustin Johnson, Phil Mickelson and Shane Lowry in the field at Royal Greens Golf and Country Club in King Abdullah Economic City.

30 players from the PGA Tour received waivers to play in the event, providing that they commit to playing the AT&T Pebble Beach Pro-Am in the next two to three years.

"So, not a politician, first off. I’m a golfer, first and foremost, and I want to play where the best golfers in the world are going to play. And that is the end of the story for me," said DeChambeau speaking to the media.

"So our media rights relative to what’s going on that week on tour, I understand. They want to keep us and have us for that week. So there is a reason for these releases.

"But I think as time goes on, people are starting to realize that we’re independent contractors and we should be able to play wherever we want whenever we want.

"So it’s a fickle process, and I don’t necessarily know the answer to it, but I think the tour, as time is going on, is starting to realize that. I hope that they start realizing it’s more player-driven than anything.

"There’s going to be something different that comes about for me. I don’t know what it is, though."

DeChambeau has played in the Saudi International on two previous occasions. He finished tied sixth in 2019 and tied 18th in 2021.

The 28-year-old shared a similar opinion to fellow major champion Lowry, who also maintained that his job is to play golf and not take sides on the organisations that fund the tournament.

DeChambeau is likely to play at the Farmers Insurance Open before heading out to Saudi Arabia.