Bryson DeChambeau on his injury: I know people won't believe me

Bryson DeChambeau says people need to "chill" after he withdrew from the Saudi International and vowed to come back stronger. 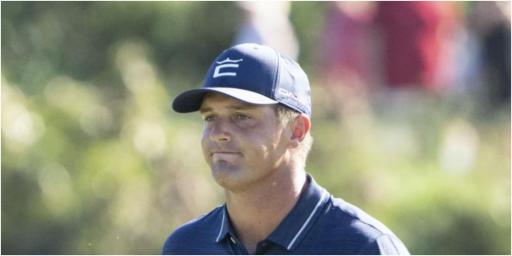 Bryson DeChambeau claims he fell and hurt himself which led to him having to withdraw from the Saudi International.

Taking to Instagram stories, DeChambeau, 28, vowed to come back stronger but urged everyone to calm down.

He wrote: "Everyone needs to chill. Yes I hurt myself but not from hitting it far, I slipped and fell this week on Tuesday unfortunately.

"I know people probably won't believe me but that is the truth. I will be back stronger and better than ever in a few weeks.

"Thank you for the hospitality @SaudiIntGolf. Thank you for your concerns and keep hitting bombs!! I will be back."

DeChambeau looked in visible pain when he played at the Farmers Insurance Open at Torrey Pines.

Over many shots, he winced and appeared to grow frustrated with his ailments.

When he visited the cabbage on one occasion and hacked it out, he told his caddie sarcastically: "That felt really good on my wrist".

Ultimately, he missed the cut at Torrey Pines despite a late rally which included holing out from a bunker in sensational style.

DeChambeau hit the headlines again this week over speculation he has been offered $135million to be the poster boy of a breakaway league bankrolled by the Saudis and fronted by Greg Norman.

These claims are not true, DeChambeau has said. He replied "wrong" on one Instagram post asking for readers' opinions about whether or not he should take the hypothetical offer.

Lee Westwood confirmed he had signed an NDA over the proposals. Dustin Johnson also alluded that he had signed something similar.

And Phil Mickelson launched an extraordinary dig at the PGA Tour's "obnoxious greed", something that Brooks Koepka later took issue with.

DeChambeau played one round in Jeddah, where carded a 3-over 73, making a triple-bogey at the seventh hole.

His injury led to speculation about whether or not he would still receive an appearance fee.