Bryson DeChambeau: "It hurts your heart...you feel embarrassed all the time"

Bryson DeChambeau has taken a deep dive into some of his struggles with his game and injuries. 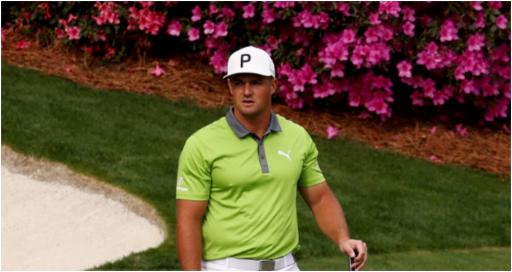 Bryson DeChambeau says he sometimes “gets really embarrassed” and feels like he has “let everyone down” in his latest YouTube video as he took his subscribers behind-the-scenes.

DeChambeau, 28, has posted a 28-minute video on his YouTube channel which documented a week of his life on the PGA Tour as he played and ultimately missed the cut at the Valero Texas Open.

The video was shot before the Masters where he revealed that he was defying doctors’ orders to play at Augusta National but he felt like he could not pass up a major even at “80 per cent fitness”.

DeChambeau and Rory McIlroy were two high-profile names who missed the cut a week before the first major of the year. McIlroy finished second at Augusta while DeChambeau headed for surgery.

The 2020 U.S. Open champion went under the knife to repair a hairline fracture in the hamate bone in his left hand. He’s already back in the gym doing lower body work, judging by his social media.

But it’s likely he won’t be back in action for a few months meaning that his appearances at the PGA Championship at Southern Hills in May and the 2022 U.S. Open at Brookline in June are doubtful.

Towards the end of the video DeChambeau details what he is working on with his swing and what he feels has been going wrong.

Then he dives deep into his thoughts for the week: “It sucked this week. [It was] not a great week. [I] never wanna play like this and shoot… I don’t ever expect myself to play like this to be honest.

“But sometimes I need a total re-set and that [is] kinda where I am at with my game with my body still healing.

“I am in a much better state of mind but man, there are some times when I am not sane, for sure. I know what I have done in the past [and] I know what [has] led me to be very successful.

“And then when you don’t have it, it’s very demanding on the brain. It hurts. And on the heart…it hurts your heart [because] you feel embarrassed all the time.

“I mean that’s the one thing if I can be transparent and open here, which I am gonna be fully, I sometimes just get really embarrassed. I feel like I’ve let everyone down.

“And it sucks. So, just know you’ve gotta through that failure and tough time to make you a better person.