DP World Tour pro claims none of the Scottish players on the circuit have applied to compete in the first LIV Golf Invitational Series event. 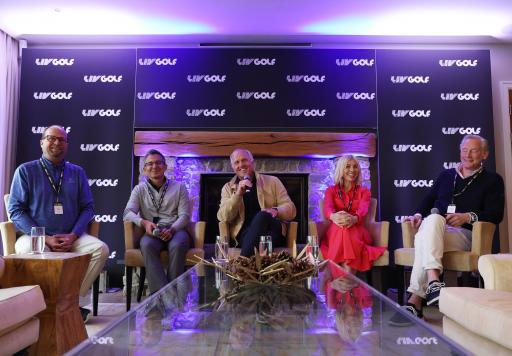 None of the 12 Scottish players with a full card on the DP World Tour applied for a release to compete in the opening LIV Golf Invitational Series at Centurion Club in the second week of June, according to a Tour pro who spoke to Scotland on Sunday.

The inaugural Saudi-backed LIV Golf Invitational Series led by Greg Norman tees off in two weeks time but the full 48-man field has yet to be confirmed to the media.

Both the PGA Tour and DP World Tour declined all player releases for golfers to compete in the first tournament in St Albans with a huge $25 million purse on the line where $4 million goes to the winner.

England's Richard Bland was the first player to confirm he applied to take part in the tournament, and he has even admitted that he is prepared to face a ban.

Related: Ian Poulter on LIV Golf - "It's a big attraction... there are lots of pluses to it"

Ian Poulter, Sergio Garcia, Lee Westwood, Phil Mickelson and Louis Oosthuizen are five other players who are keen on playing in the first of eight events on the new circuit.

But when it comes to the Scottish players on the DP World Tour, not one of them is seemingly interested right now.

"I think the Scottish guys on the tour at the moment are happy," an unnamed Scottish player on the DP World Tour told Scotland on Sunday.

"We're playing for a minimum of $2 million in events this season and we've got some tournaments that are now co-sanctioned with the PGA Tour, with more of them coming."

"But for me, again, I'm just starting out my career. I'm playing on both sides of the planet, America, DP World. So I'm in a great spot. I'm enjoying my golf. Just got to get on with it.

"So for me right now, I'm comfortable. I've got a house, a home, my family is healthy. I've got a car I can drive.

"I have clothes I can put on and I can still treat myself and my family. What do I need? Just now, I'm as happy as I can be in the life of Robert MacIntyre."

The unnamed DP World Tour pro also believes it paints a good picture for Scottish golf at large that none of his compatriots want to take part in a circuit backed by Saudi billions.

"As a country, it looks good morally and, certainly in its infancy, I think that’s a good thing," he added.

"But that’s not to say that people might not get their heads turned somewhere down the line over this and I’m not going to speak badly of anyone if they do go.

"I think players are being cagey at the moment due to what the repercussions are going to be, especially the younger boys."

Next Page: Tour agent claims Greg Norman is set to be ditched by the Saudis