Jordan Spieth has a unique approach to dad life & it's hilarious

Jordan Spieth has breathed new life into his PGA Tour career and the new dad was asked about nappy duty. His answer was amusing to say the least. 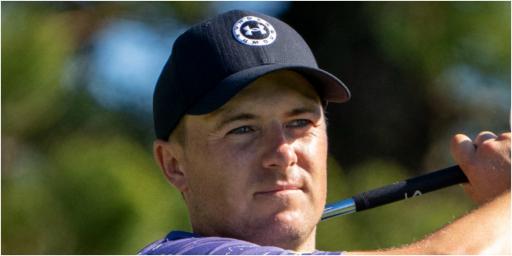 Jordan Spieth has an interesting approach to fatherhood.

New dad Spieth along with his son and wife were all in Hawaii last week to watch him in action at the Sentry Tournament of Champions.

Although last year Spieth breathed new life into his PGA Tour career with a win in Texas, it wasn't to be last week.

Cam Smith cantered to 34-under par and in the end it was remarkable he only held off Jon Rahm by one shot.

The three-time major winner also took some time away from the game following the birth of his son.

Just like Jon Rahm and his pal Rickie Fowler, family comes first and sometimes things are more important than golf.

Spieth, along with his golf, was asked about fatherhood at his press conference last week.

And his response was utterly hilarious:

"You know it's so early that there's not a whole lot I can provide. Annie keeps the kid alive essentially, so, I, help when I can."

Spieth seems to be excited about how far his game has come.

Indeed the announcers last week remarked upon the position of the club at the top of his back swing.

Spieth is all about the fade these days.

Everything is looking up for Spieth.

Related: How Jordan Spieth came back from the abyss