Bryson DeChambeau looking to 'unleash the BEAST' at PGA Championship

Bryson DeChambeau is the longest hitter on the PGA Tour this season and he will need all of his power to tackle Kiawah Island this week. 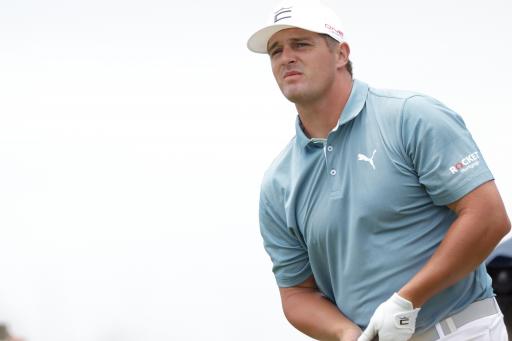 Bryson DeChambeau is hoping to 'unleash the beast' and keep hitting long drives at the PGA Championship this week at Kiawah Island.

The Ocean Course is 7876 yards long, which means that it is the longest course ever to be used in major championship history.

The 27-year-old has averaged over 320 yards with each drive this season and the general improvement in his game has been a result of non-stop gym work and building his strength.

"This golf course is a beast," said DeChambeau.

"Hopefully I can unleash the beast. It is probably one of the hardest golf courses I've ever played.

"I have not had hybrids or 4-irons into par-3's since I've gotten longer. That's a new one."

It will be an unfamiliar sight to see the World No. 5 needing a long iron to reach a par-3, but Kiawah Island has been brutally set up this week to test the players.

Almost every par-3 on the Ocean Course is 200 yards long, with two of them coming in the final five holes. The 14th hole is 238 yards and the 17th hole is 223 yards, so the players will face a treacherous end to each round.

DeChambeau is the current US Open champion, having won his first major title at Winged Foot Golf Club back in September. He documented his incredible ability to hit long drives that week and he will need to do just that again.

NEXT PAGE: DUSTIN JOHNSON REVEALS HE DIDN'T KNOW WHAT PUTTER HE HAD AT THE PGA CHAMPIONSHIP