DeChambeau intrigued by Golf Super League plans, but would only sign up if other PGA Tour players join... 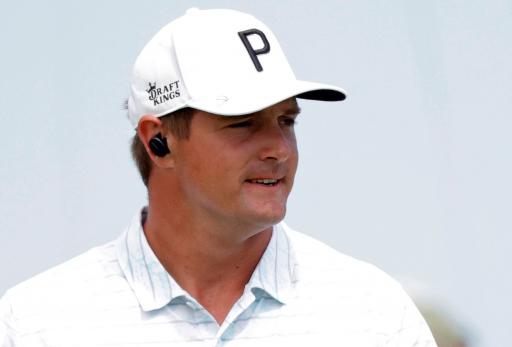 Bryson DeChambeau admits he will not be the first PGA Tour player to join a breakaway Golf Super League, but that he would be interested in signing up to it if other players join.

DeChambeau, speaking ahead of this week's US PGA Championship at Kiawah Island, has reportedly been offered in the region of $50 million to compete in a breakaway Golf Super League, alongside the likes of Brooks Koepka, Justin Rose and Phil Mickelson.

Lee Westwood yesterday admitted, at the age of 48, that it would be a "no-brainer" for him to join a breakaway golf circuit should he be offered "50 million quid."

Rory McIlroy, however, has already turned down such proposals, citing it all as a "money grab".

"From my perspective I'm not trying to make anybody mad," said DeChambeau.

"I'm not trying to make anybody side on one side. I just want the best for the players and for the fans, and whatever players do in regards to this Tour or whatnot is going to make my decision.

"I will never commit to anything. From my perspective it's about the players looking at it in a different way, and if they want to do that, then okay. If the players go, then I'll probably follow suit. But at this point in time, it just doesn't seem like there's enough players.

"I don't know, it's such a weird conversation. And I think the players are in such a weird position, because we're just trying to do what's best for the game of golf and for the fans. I mean, we want to give the fans an amazing experience.

"But from a Super League perspective, this is stuff that's got to be dealt with in the upper management. I'm just a player trying to play golf, so I don't really have a great answer for it."

One thing is certain and that is DeChambeau will not be the first player to sign up to a Super League.

"My agent has been telling me about it, but we don't want to ruffle any feathers," he added. "We just want to go play golf and I would say give the fans the best experience they could possibly have.

"Hopefully it can all be resolved so we can just get past it and play golf and I would say enjoy giving the fans the best entertainment possible. At the end of the day there's interesting concepts, but there's not much I can do personally. I'm out here just playing golf trying to win a major championship.

"It's a complete distraction, but from my perspective, I'd want to know what way to go and just let's go, whatever it is. Whatever is best for the players and for the fans is what I would support.

"There's going to come a point in time where they'll all talk about it, but I'm not there yet. I wish I had a bigger say in things, but I don't, I just play golf."

NEXT PAGE: LEE WESTWOOD WOULD CONSIDER GOLF SUPER LEAGUE IF HE WAS OFFERED £50 MILLION