Recently, an anonymous player on the PGA Tour stated that they had considered withdrawing from the Open due to the R&A's restrictions. 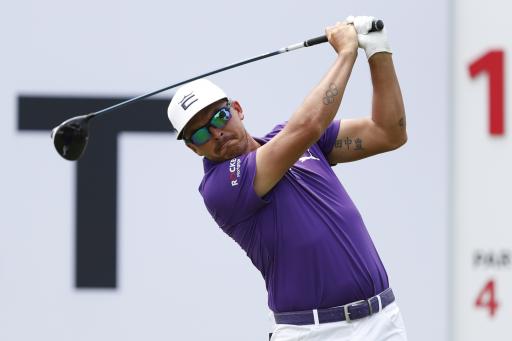 Rickie Fowler has expressed his dislike of the Covid-19 protocols that players must follow at the Open Championship at Royal St. George's.

Recently, an anonymous player on the PGA Tour said that they had considered withdrawing from the Open Championship due to the severity and restrictive nature of the R&A's rules.

The restrictions, that were released in a five-page document to players, caddies, agents and coaches, come off the back of the announcement that 32,000 spectators will be allowed on each championship day in Sandwich.

This has led to confusion amongst the players and Fowler is the latest person to express his displeasure at the strict rules, when he spoke after his third round at the Rocket Mortgage Classic.

"No. I mean, I'm vaccinated or whatever you want to call the shots," Fowler said.

"I guess they're not, they're vaccines, but unfortunately I know going over there, it doesn't matter if you're vaccinated or not.

"There's multiple things that come up as far as if there happens to be a couple people on the plane that test positive when you get there, you know, what happens with that. Obviously, we're all going into our own small bubbles, can't be around other players."

The World No. 95 has missed out on The Masters and the US Open this year, but he will be present at the Open Championship.

Fowler has experienced somewhat of a form recovery on the PGA Tour in recent weeks with two top-15 finishes in his last four appearances.

"It seems like us as players, we're jumping through some hurdles and dodging bullets and they're having 32,000 fans a day at the tournament, so I don't know. I can't really answer questions clearly with all that going on," Fowler added.