When Phil Mickelson arrived in Detroit this week, a story of his involvement in a gambling pool re-emerged after 23 years. 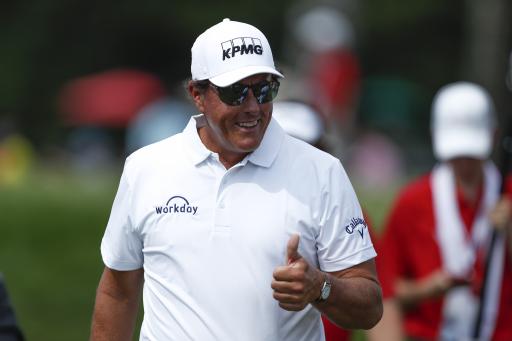 Phil Mickelson has continued to fight his corner on Twitter after a story re-emerged of his involvement in a gambling pool from 23 years ago.

Lefty is back in Detroit to play in the Rocket Mortgage Classic for the first time, but a story has resurfaced from 1997 which linked him to a mob-connected bookmaker, 'Dandy' Don DeSeranno.

Glenn Cohen, who is Mickelson's attorney, explained to ESPN what happened in the case over 20 years ago, a case in which Mickelson was absolutely cleared of any wrongdoing and could've been part of a $500,000 win.

Hold the media accountable since they rarely are. Local media do this often, use famous people when they come to town to increase their own exposure. Often we just don’t come back nor get involved in the causes. Media colleagues should be bringing this to light but never do.

"Phil and a bunch of buddies were betting on sports and they pooled their money and they made a large bet. The bottom line is Phil wasn't paid," said Cohen.

"The guy who took the bet turned out to be a crook and Phil didn't know it. But it's irrelevant. Whether this guy was the worst human being alive or had anything to do with Jimmy Hoffa's disappearance, what is the newsworthiness of this article now? There isn't any."

The story was re-written by Robert Snell of the Detroit News and there is confusion as to why this story has been re-released.

Mickelson has been frustrated by what has happened and has continued to argue with people on Twitter to prove his point that there was no need for the story to re-emerge and how it can damage the credibility of events.

I got stiffed out of 500k 20 years ago?I don’t give a $&@ about that.These writers hurt the community when they alienate those who are bringing everyone together.The players, sponsors,volunteers,charities all lose.The players stop coming,don’t help the charities, & sponsors leave

The six-time major champion revealed earlier in the week that he intends to use his charity foundation to help local communities in Detroit.

Unfortunately for Mickelson, he has only managed to shoot one round under par so far. The 45-time PGA Tour winner is currently on 3-under-par and in a tie for 70th place.

NEXT PAGE: PHIL MICKELSON RESPONDS TO JOURNALIST WHO DIGS UP 23-YEAR-OLD STORY OF GAMBLING