Cam Davis overcame Troy Merritt and Joaquin Niemann in a five-hole playoff at Detroit Golf Club to pick up his first win on the PGA Tour. 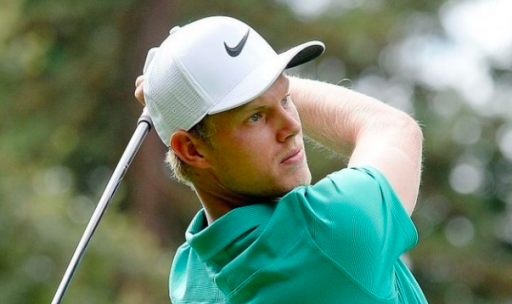 Cam Davis has won the Rocket Mortgage Classic in Detroit, after overcoming Troy Merritt and Joaquin Niemann in a five-hole playoff.

The Australian now has his first victory on the PGA Tour and has become the seventh first time winner in the 2021 season, on what was a chaotic day at Detroit Golf Club.

With only Davis and Merritt left on the final playoff hole, the par-3 15th, Merritt pushed his putt for par wide of the hole, meaning that Davis' par was enough for victory.

"It's been pretty hectic ever since the 17th hole for me. I just tried to put as much out of my mind as I could and just hit every shot," said Davis.

"For what it was worth, as simple as that is said, it's so hard to do when the pressure is on like that but I just kept putting good swings on it and I guess I didn't make any putts, but I kept putting it in play so it worked out alright."

Davis began the final round just one shot behind Niemann and Merritt on 13-under-par, but the 26-year-old made a tame start to his day by playing the front nine in level par.

The leaderboard was extremely competitive throughout the final day with many players contending. Jason Kokrak made five consecutive birdies on the front nine to share the lead at one stage on 15-under-par.

Sweden's Alex Noren surged through the field on Sunday in Detroit, making an incredible nine birdies and just one bogey to post a 64 and the clubhouse lead of 17-under-par, which overtook Bubba Watson's previous benchmark of 16-under-par.

Hank Lebioda also reached 17-under-par for the tournament, but Davis, Merritt and Niemann all made crucial scores to go one better, including an incredible hole-out eagle from the greenside bunker on the par-5 17th hole for Davis.

On the first playoff hole, Niemann made a bogey which left just Davis and Merritt to battle it out. Davis applied constant pressure on his two-time PGA Tour-winning opponent.

It proved too much for Merritt on the fifth playoff hole, the par-3 15th, where Davis safely found the green, but Merritt was faced with a tricky chip from lush rough. After Davis made his par, Merritt rolled his par putt by the hole to concede victory.