Cam Davis: What's in the bag of the 2021 Rocket Mortgage Classic winner 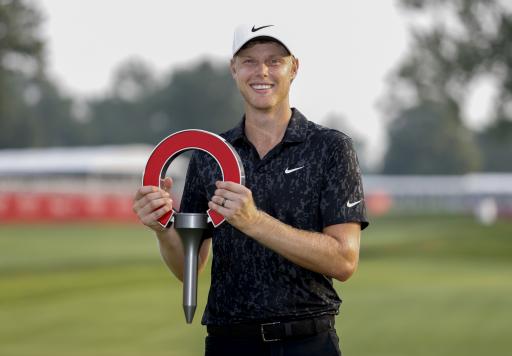 Cam Davis has won his first title on the PGA Tour after he beat Troy Merritt and Joaquin Niemann in a five-hole playoff at the Rocket Mortgage Classic.

It was a very eventful day in Detroit on Sunday which saw a number of different players contend, but it was Davis, Merritt and Niemann who reached the 18-under-par mark.

A highlight of Davis' round was when he holed a superb bunker shot on the par-5 17th hole for an eagle, and he followed that up with a birdie on the 18th hole for a grandstand finish.

The first playoff hole took place on the 18th hole which Niemann made a bogey on to drop out. Davis applied constant pressure to Merritt as he had a look at birdie for the win on each playoff hole.

They reached the fifth playoff hole, which was the par-3 15th hole, where Davis hit a solid shot into the middle of the green but Merritt fell short of the green, giving himself a tricky chip.

As Davis made a par, Merritt missed a short putt for par and conceded victory. The Australian became the seventh first-time winner on the PGA Tour this season and the fourth Australian to win on tour in 2021.

Cam Davis - What's in the bag?