Cameron Smith is one of the best golfers on the planet and would likely be a target player for the International Series, but he didn't answer questions on the matter. 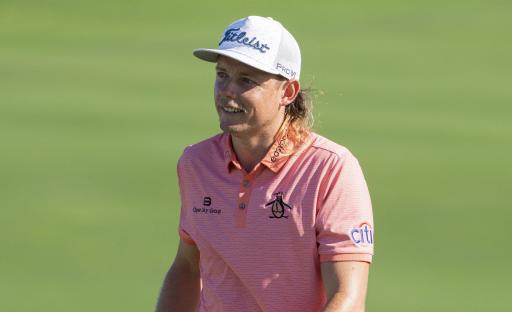 World No. 11 Cameron Smith declined to go into detail about the new Saudi-backed International Series ahead of the Saudi International this week.

Smith opted to play at the Royal Greens Golf and Country Club as opposed to playing at the AT&T Pebble Beach Pro-Am, a decision taken by many PGA Tour players.

The Saudi International has been sanctioned by the Asian Tour which is sponsored by the Public Investment Fund that is associated with the Saudi Arabian government.

Along with LIV Golf Investments, the company of which Greg Norman is CEO, they have invested $300 million into the Asian Tour and set up a 10-event International Series that is set to begin in March.

Speaking ahead of the event, Smith wasn't keen to talk about the Saudi Super League and revealed he hadn't given it much thought.

"To be honest, I haven't thought a lot about it. I've got guys around me that think about that stuff. I'm just out here trying to play the best I can. We'll worry about that stuff when it comes around," said Smith.

The Australian did reveal that he hasn't had an approach to be part of the International Series. This does not mean to say an approach won't be made in the near future.

It has been reported that Ian Poulter was offered £22 million to participate in the Saudi-backed series and now, Bryson DeChambeau has reportedly been offered $135 million to be the face of it.

Figures such as Norman maintain that the Asian Tour investment was made to grow the game globally. However, the investment could be seen as an attempt by the Saudi Arabian government to "sportswash" their questionable human rights record.

As the PGA Tour have threatened to expel players who defer, the next few months for the best players in the world, such as Smith, will be a very interesting period.