Jordan Spieth recalled the occasions when Tom Brady phoned him up during both good times and difficult times in his PGA Tour career. 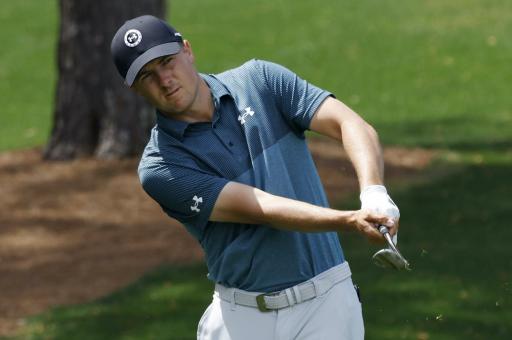 Speaking as a friend and confidant of the great man, Jordan Spieth believes Tom Brady will need to fill his time in his retirement before he "goes nuts."

Spieth was surprised that Brady decided to hang up his boots in 2022, but it is fair to say that there is no more for the 44-year-old to achieve.

He is regarded as the greatest quarterback in the history of American football. Now he is retired, Spieth gave some words on what he believes he will do next.

"Just the competitiveness that he has, I feel like he’s got to find a hobby or something because he’ll go nuts sitting still," said Spieth.

"But obviously as I’ve seen he’s voiced that his priorities are going to be with his family and obviously he’s given so much to the game.

"So I think his perspective has changed. I think he was quoted as saying his preparation wasn’t going to be as competitive or something.

"He didn’t see himself going through the amount that he would want to go to leading into each week."

The three-time major champion met Brady some years ago and he has had the privilege of spending time with him on the golf course. This has grown into a harmonious and supportive relationship between the pair.

2021 was a year of resurgence for Spieth. At one stage, he dropped to 92nd in the world rankings but a win at the Valero Texas Open and four other top-three finishes ended his bad run.

This was the 28-year-old's first win in four years, an unprecedented drought for such a player. During the tough times, Spieth would receive support from his NFL friend.

"But he’s also one of a few phone calls I’ve gotten when things are really bad to be able to be somebody that can relate to the ups and downs of a career and what he went through and giving his perspective."