Tournaments such as the Honda Classic and the Valspar Championship could struggle to attract world-class fields in 2023 as they are surrounded by Elevated Events. 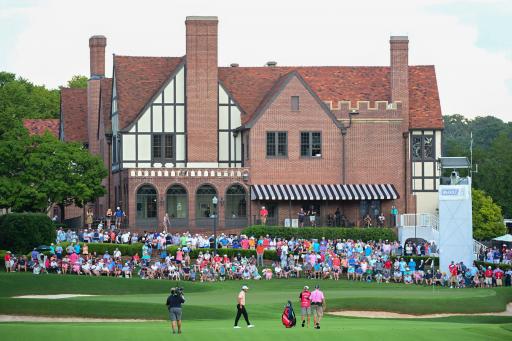 The PGA Tour has supposedly secured the participation of their 'top players' for 20 events in the 2023 schedule, keeping them in America and away from the LIV Golf Tour.

There will be 12 Elevated Events to which the 'top players', meaning the top 20 from the Player Impact Program, have committed. Four of these events are yet to be confirmed.

The four elevated events which haven't been confirmed will be revealed in the coming weeks. For now, this casts doubt over the ability of some tournaments to attract strong fields when some players will already have saturated schedules.

As reported by Bob Harig of Sports Illustrated, the Valspar Championship falls between The Players Championship and the WGC Match Play in the week of March 13.

The tournament would have to rely on the 'top players' playing three weeks in a row in order to arrive at the Copperhead Course. With the Tour's stars already committing to 20 events, despite Jon Rahm's confusion on the matter, another stop might not be favourable.

"We're in a tough spot, no question," Tracy West, the tournament director of the Valspar Championship, said to Sports Illustrated.

"When they elevated (the Genesis Invitational and the Arnold Palmer Invitational) earlier, we were already going to be in a tough spot. But now that they are being required to play them, holy smokes. We’re in a very difficult position."

The Honda Classic is also in a similar spot. This event, which was won by Sepp Straka in 2022, falls between the Genesis and the Arnold Palmer in the week of February 20.

"There is a lot to sort out in the next several weeks. It’s all happening at speeds we’ve not seen happening," said Andrew George, tournament director for the Honda Classic.

"The fact that the top 20 will play together is exciting for golf. After what we’ve had this summer, this is a win for us."

Other events such as the RBC Canadian Open (June 5-11) and the Charles Schwab Challenge (May 22-28) also share this issue. However, all of these events stand a chance of being one of the unnamed four Elevated stops on the schedule.

The wholesale changes, which came about after a meeting held with Rory McIlroy, Tiger Woods and other PGA Tour stars, have been accelerated due to the development of the LIV Golf Tour.