REVEALED: The PGA Tour players in attendance at the LIV Golf emergency meeting

A list of 23 players that attended the LIV Golf crisis meeting on the PGA Tour has come to light. 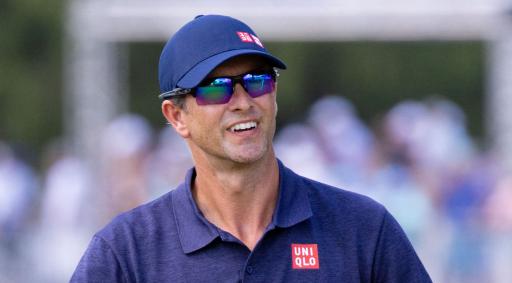 Woods flew in from Florida to Philadelphia and then drove 30 minutes with Rickie Fowler to the meeting in Delaware ahead of the BMW Championship last Tuesday.

The crunch meeting, which took place in an off-course hotel, is said to have lasted three and half hours and one player who attended the meeting told ESPN that it was "a good meeting".

Details have since emerged on what Woods and McIlroy presented at the meeting, including plans to spearhead a venture that will see the world's top golfers compete against each other in a non-grass stadium environment.

A list of 23 PGA Tour players who turned up to the meeting are as follows, according to multiple reports today:

Cantlay, Stallings, Wilmington, Rory & Tiger’s meeting, the reshaping of the PGA Tour, who was there, what the players agreed on, and a lot more color added to yesterday’s story.

A previous version of this story did not include Adam Scott listed among the players in attendance. Multiple sources confirm that he was also in attendance at the meeting, and the story has been updated to reflect that. https://t.co/Bd3VMooem8

Adam Scott and Joaquin Niemann are particularly interesting names to note in attendance, especially given both players have been strongly linked with a move to LIV Golf in recent weeks.

The same could be said of PGA Tour rookie Cameron Young who finished runner-up at the 150th Open Championship, who has also been heavily linked with a move to LIV Golf.

It is understood that seven players will move from the PGA Tour to LIV Golf after the FedEx Cup concludes this week at the Tour Championship.

Cameron Smith, who won the 150th Open Championship and is the World No.2, is the biggest name reportedly already on the way to LIV Golf after the FedEx Cup Playoffs.

Patrick Cantlay, who became the first ever player to defend a FedEx Cup Playoffs event at the BMW Championship on Sunday, had been another name linked with a move to LIV Golf but he appeared to play down such talk when confirming his plans to compete in the Presidents Cup this September - a biennial contest run by the PGA Tour.

Hideki Matsuyama has reportedly been offered a huge $400 million fee to join LIV Golf, but it is believed the PGA Tour is doing everything it can right now to keep hold of him, claims No Laying Up.

The podcast has revealed the PGA Tour has a plan in the works to reward Matsuyama for what he brings to the table as the No.1 sportsman in Japan.

@NoLayingUp also reported on today’s pod that they believe the TOUR has some plans in the works to reward Hideki for what he brings to the table / massive influence in the Japanese market, etc.

Soly on the NLU podcast said last night: "Based on extensive conversations; Hideki Matsuyama, Joaquin Niemann, Adam Scott and Cameron Young, we can say definitively, based on every conversation we’ve had that those guys are committed to the PGA Tour."

Soly on the NLU pod last night: “Based on extensive conversations; Hideki Matsuyama, Joaquin Niemann, Adam Scott and Cameron Young, we can say definitively, based on every conversation we’ve had that those guys are committed to the PGA Tour”.

The PGA Tour has suspended all members who have played in a LIV Golf tournament this season, and it remains unknown exactly what will happen for LIV Golf players when it comes to the majors and Ryder Cup next season.

As it stands, LIV Golf tournaments, which are staged over 54 holes, do not receive Official World Golf Ranking points - creating a headache for players hoping to qualify for major championships next season and beyond.

Woods' former golf coach Hank Haney has hit out at LIV Golf being shunned on the OWGR front.

Next Page: Ian Poulter rages at DP World Tour - "I am being treated differently"