The Open is set to return to Royal St. George's in July but the R&A have implemented extremely strict rules as a result of the Coronavirus pandemic. 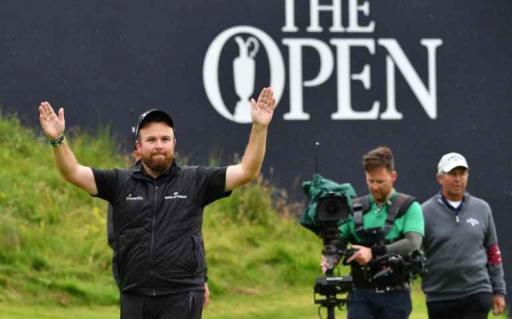 An anonymous player threatened to withdraw from The Open Championship due to the strict protocols that the R&A have implemented due to the Coronavirus pandemic.

As reported by Golfweek, a number of different protocols have caused bad feelings amongst players who are set to compete at Royal St. George's next month.

One player, who spoke to Golfweek, said that he strongly considered withdrawing from golf's oldest major which hasn't been played since Shane Lowry lifted the Claret Jug at Royal Portrush in 2019.

"I'm going to go because it's the British Open," said the unknown player.

"But I certainly thought about not going. I just can't believe with the numerous examples of successfully run safely held tournaments and majors here that they can't figure out a better situation.

"If someone on your plane tests positive on way to the British and is sitting anywhere close to you, you're out no questions asked, no matter if you're vaccinated.

"It's aggravating that they deem the tournament safe enough for 32,000 fans a day to attend, but won't let a player's wife and children travel and watch the tournament, nor will they even let players visit a restaurant without threat of disqualification."

According to notes that were circulated by the R&A to the players, the supporters and teams of each player will not be allowed to live together during Open week, which will cause confusion with travel and accommodation arrangements.

These restrictions come after the R&A recently announced that 32,000 golf fans will be allowed to attend Royal St. George's on each day of the event.

As well as supporters of each player, coaches and caddies will also have to reassess their travel arrangements, much to the annoyance of Pete Cowen, who works with Rory McIlroy and Brooks Koepka.

"I was due to stay with a few of the caddies in a huge RV just by the practice range," said Cowen, according to the Telegraph Sport.

"It wasn’t cheap, but it seemed the wisest option in the current climate. But we've just found out that we are not allowed to stay together because it breaks the Government protocols.

"It makes no sense at all when there will be 60,000 at Wembley, 140,000 at Silverstone (race track) and all those at Wimbledon on the weekend before, sitting next to each other."

NEXT PAGE: DUSTIN JOHNSON SHOOTS DISAPPOINTING SCORE ON DAY ONE AT TRAVELERS CHAMPIONSHIP