The Northern Irishman made six birdies in his opening nine holes as he sizzled at The Summit Club shooting a 10-under par 62. 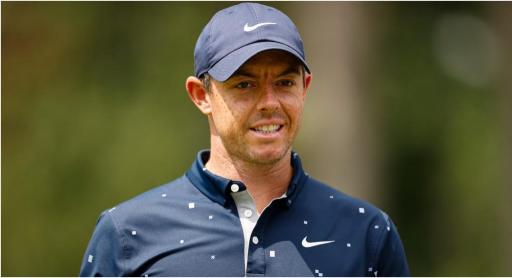 Rory McIlroy went on a tear on the front nine of his third round at the CJ Cup at Summit to throw himself into contention again.

McIlroy, 32, fired six birdies in his opening nine holes as he made the turn in 30 in Las Vegas as he chased down early leader Keith Mitchell.

The Northern Irishman looked in the finest form we have seen him in for quite some time as the birdie putts finally began to sink.

It could have been even better as several birdie putts on the back nine went tantalizingly close to dropping on the par-72 layout.

He made five consecutive birdies from the fifth, then picked up another shot on the ninth and eagled the 18th to shoot a 10-under 62.

There were birdies at 12 and 14 as McIlroy hit 88.2 per cent of greens in the desert as several big names also stepped up.

McIlroy's third round leave him at 19-under through 54 holes which at the time of writing was good for a one-stroke lead.

Elsewhere, early pace setter Mitchell threw away shots as he made back-to-back double bogeys on his front nine.

Adam Scott, a rejuvenated Rickie Fowler, Collin Morikawa, Abraham Ancer and Ian Poulter all were close to the lead.

Jordan Spieth struggled to get anything going as he made nine consecutive pars and cut a frustrated figure.

Here he comes. @McIlroyRory goes out in 30 on Moving Day. pic.twitter.com/PmF285cVxB

McIlroy's last win on the PGA Tour came at the Wells Fargo Championship at Quail Hollow in May.

Since his one stroke victory over Abraham Ancer McIlroy has struggled for form and was poor at the Ryder Cup.

He has a chance to claim his 20th win on the PGA Tour when he pegs it up on Sunday evening.

Fowler made five birdies on his front nine as he showed signs that he could be returning to form.

"Golf is one of the most humbling sports there is," he told the media after his second round.

It's a Saturday 62 for @McIlroyRory and he leads by 1. pic.twitter.com/YsoUsfzBv7